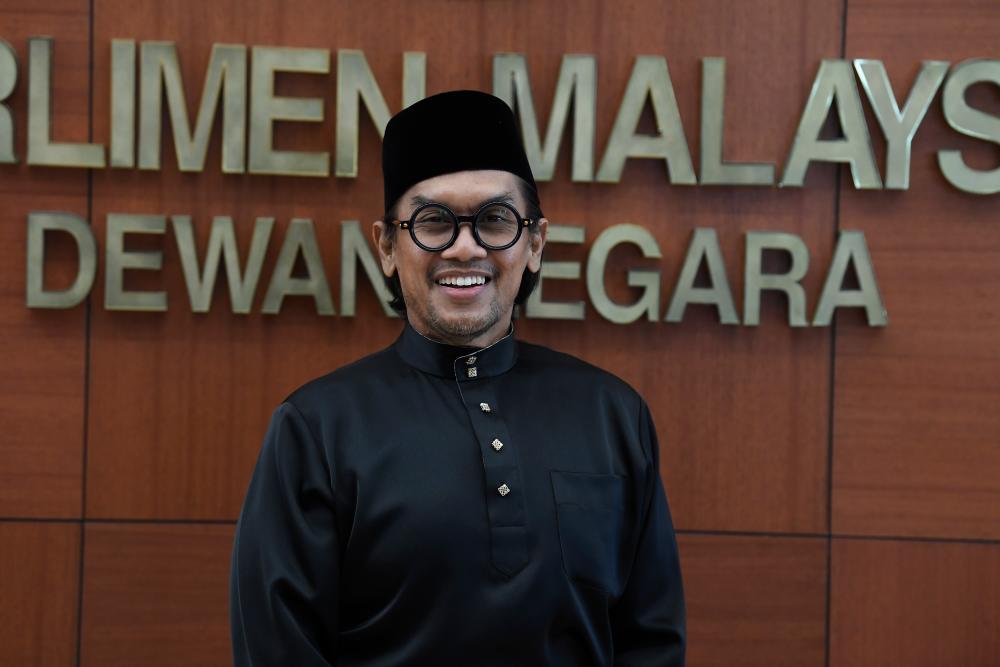 Arman Azha, 46, who holds a master’s degree in political science from the Geomatika University College, Kuala Lumpur is the director of Asia Coding Centre Sdn Bhd.

Speaking to reporters after the ceremony, Arman Azha described his appointment as an opportunity for young leaders to take part in debating national policies.

“I am a young leader from the city, so my purpose and struggle is definitely to fight for the welfare and well-being of the people especially in the city because their struggle is very different than those in the rural areas,” said Arman Azha.

Earlier, Rais in his speech at the ceremony hoped that Arman Azha would be able to discharge his duties excellently and fulfil the oath taken with full responsibility.

“While we are out there, we have to look back at the meaning of the oath. In my opinion, in terms of the Constitution and the laws of the country, the oath is the window to the rule of law.

“As the youngest member of the Senate, I would like to remind you that all our conducts, speech and active participation in this upper house or out there is being evaluated and monitored by the people,” he said.

Meanwhile, Rais said Dewan Negara is in the midst of compiling the list of senator’s duties to be scrutinised and made official material in the process of determining the roles and responsibilities of a Senator.

“The people will judge all of us and the Senate if we fail to perform our duties. As such, be an expert in every field in accordance with your appointment as stated in Article 45 of the Federal Constitution (Composition of Senate),” he said.