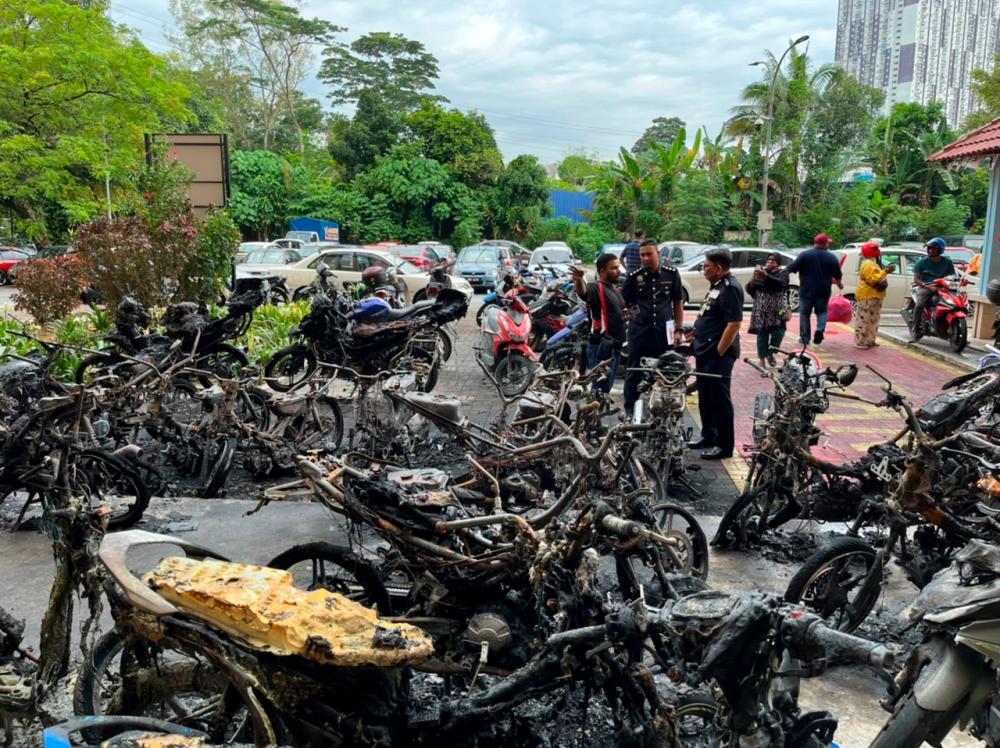 KUALA LUMPUR: Police believe that a fire that destroyed 34 motorcycles early today at the Kampung Muhibbah flats in Bukit Jalil here was the work of arsonists.

Cheras police chief ACP Muhammad Idzam Jaafar said a woman had alerted the police and fire and rescue department of the blaze at about 2.20am.

He said after firemen put out the flames, police conducted investigations with the assistance of the fire and rescue department’s forensics team to ascertain the cause of the fire.

He said the fire had spread rapidly as the 34 affected motorcycles were parked close to each other.

Muhammad Idzam said no casualties were reported and police are looking for those responsible for the act. 4.‘The paycheck has died’: Argentine workers hold funeral for wages