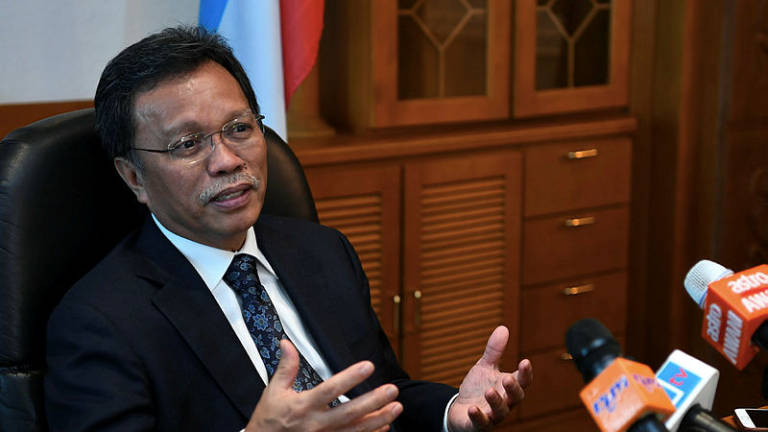 KOTA KINABALU: The Sabah government has adopted a comprehensive and holistic approach to manage the supply and distribution system of highland vegetables in Kundasang to resolve the glut problem during the Movement Control Order (MCO) period.

Chief Minister Datuk Seri Mohd Shafie Apdal (pix) said the Sabah Ministry of Agriculture and Food Industry (MAFI) has been asked to look into the matter including the needs of the farmers whose income have been affected or suffer losses as the harvested vegetables have not been sold.

“The ministry has been asked to manage this matter in a comprehensive manner as there is a possibility of excess supply as farmers have harvested their vegetables ... while we know that there is no demand, whether from the domestic market or export. So we have to tackle this problem,” he said.

Mohd Shafie was replying to a supplementary question from Datuk Dr Joachim Gunsalam (PBS-Kundasang) during the question-and-answer session at the Sabah state assembly sitting here today.

Joachim asked what assistance was being specifically given to the farmers of Kundasang who have been adversely affected when their crops have been harvested but could not be sold during the MCO.

Mohd Shafie said the state government also provided financial aid to this group as well as loans at zero interest to all farmers to encourage their participation in the agriculture sector after the MCO ends.

He added that MAFI Sabah has been asked to work with the Sabah Ministry of Domestic Trade and Consumer Affairs to list out the supermarkets which are operating so that the vegetables can be sent there.

“This data is needed because the supermarkets can deal directly with the farmers. There is no need to have too many middlemen who buy the vegetables in Kundasang to be sent to the retail sector as movement must be reduced during this period as a way to curb the spread of Covid-19,” he said. — Bernama