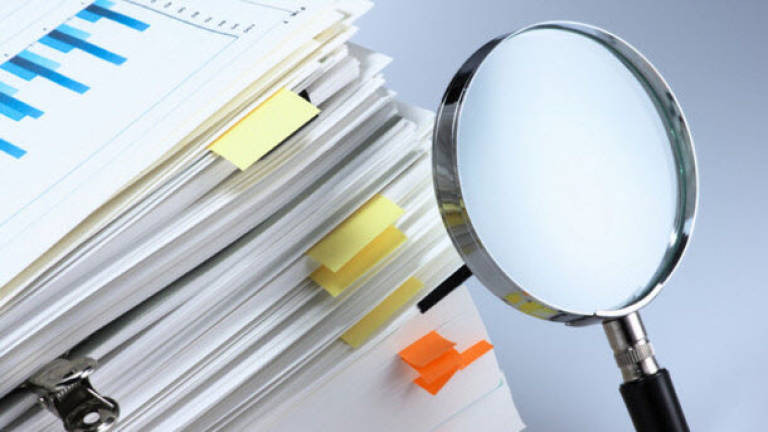 KUALA LUMPUR: Compelling all Members of Parliament (MPs) to declare their assets is a huge step forward in the government’s efforts to uphold the principles of integrity and transparency, analysts said.

Political analyst Prof Dr Nik Ahmad Kamal Nik Mahmod said the passing of a special motion by the Dewan Rakyat recently to make it mandatory for MPs to declare their assets has indirectly placed Malaysia on par with first world nations where such a ruling has been in place for years and is enshrined in their laws and policies.

“According to a World Bank report, asset declaration is regarded as a powerful tool to prevent corruption and conflict of interest and to identify ill-gotten gains among public officers,“ said Nik Ahmad Kamal, a law lecturer at the International Islamic University Malaysia.

He said transparency with regard to an MP’s financial standing and wealth accumulation would enable the people to know if their elected representative is “clean” or otherwise.

“It will also throw more light on whether an MP is carrying out his duties in a fair, objective, transparent and accountable manner without any conflict of interest,“ he told Bernama.

On July 1, the Dewan Rakyat passed a motion requiring MPs to declare their assets via a voice vote.

Minister in the Prime Minister’s Department Liew Vui Keong, when winding up the debate on the motion, said this was the first step taken by the Pakatan Harapan government to check corruption and to ensure that the principles of accountability and transparency are practised more extensively.

He said the motion not only applied to MPs but also their spouses, children aged 21 and below and trustees.

The motion will pave the way for the government to amend the relevant laws to make asset declaration mandatory.

Nik Ahmad Kamal said for it to bring about the desired outcome, there must be clear-cut procedures for the implementation of the ruling.

Some MPs, nevertheless, are apprehensive about publicly disclosing their assets either due to security concerns or the fear that the public may think that they acquired their wealth through illegal means or by using their influence.

However, in the larger context of public interest, the advantages accruing from the declaration of assets outweigh the disadvantages, the academic stressed.

“Yes, the wealth and properties owned by a person are considered confidential information and not for public knowledge (as per the Personal Data Protection Act 2010) and by declaring his assets, the MP and his family’s safety may be at risk.

“But in the context of Malaysia’s laws on the protection of personal data considered private and confidential, it is not the absolute right (of a person not to declare all his/her assets) because there can be exceptions based on public interest.

Citing a World Bank report, Nik Ahmad Kamal said in 70% of high-income European and central Asian nations, as well as 97% of the Organisation for Economic Co-operation and Development member countries, it is compulsory for public officers to publicly declare their assets.

“In Thailand, for instance, the asset declaration law is part of its anti-corruption and abuse of power legislation. Errant MPs face six months imprisonment and a fine. Also, properties acquired with income from unverified sources can be confiscated and made public property,“ he said.

Any law pertaining to asset declaration must take into consideration the technical knowledge and skill needed to determine the different types of movable and immovable property and their real value and price, as well as the importance of completing the verification process quickly and accurately to avoid prolonged inspections.

“The process and procedures involved have to be clear, fair and transparent. The time frame for inspection and verification has to be set in order to avoid spending an unreasonable amount of time doing so.

“Also, those involved should be given the scope to show proof or give reasons if it involves documents or receipts (for the purchase of movable or immovable goods) that have been misplaced or gone missing,“ said Nik Ahmad Kamal.

Sharing his views, lawyer Muhammad Hafiz Hood said asset declaration was important as it would keep politicians, who are vulnerable to the abuse of power, in check.

Looking at the deluge of cases involving criminal breach of trust and misappropriation of funds by those in power during the previous administration, there is clearly a need for legislation to be enacted to curb such practices.

“Such a law will restore the confidence of the people and provide no room for corrupt politicians. It will also be in line with the aspirations of the National Integrity Plan,“ he said.

He said what separates the executive from the people is power but there are boundaries to this power.

“The boundaries can only be limited if politicians have an open mind and practice transparency,“ the lawyer said, adding that the government could consider setting up a commission or special body to monitor the enforcement of the asset declaration law once it is enforced in Malaysia.

He said a survey carried out by the United States’ National Bureau of Economic Research in 2009 showed that more than 175 countries have implemented the asset declaration system.

“Countries such as Belgium, Colombia, Italy, South Korea, Hungary and Spain have specific laws in place and in other countries, it is done voluntarily.

“Asset declaration has become a practice in Denmark, Finland, Norway and Singapore, whereas in Canada and Mexico, it is implemented through conditional disclosure,“ he said.

Malaysia may have to study the type of assets that need to be declared, Haidar said, adding that others that need to be taken into consideration are liabilities, expenses, income, gifts received and vacations.

Asset declaration, he said, also reflects the nurturing of democratic values and enables the people to evaluate the sincerity of their elected representatives in fulfilling the trust placed on them by the people. It will also enhance the people’s confidence in the government and draw foreign investors to this country, he added. — Bernama

Coraza to ride on semiconductor upcycle

Top diplomats for US, Russia meet in Geneva on soaring Ukraine tensions

1.Coraza to ride on semiconductor upcycle

4.Top diplomats for US, Russia meet in Geneva on soaring Ukraine tensions