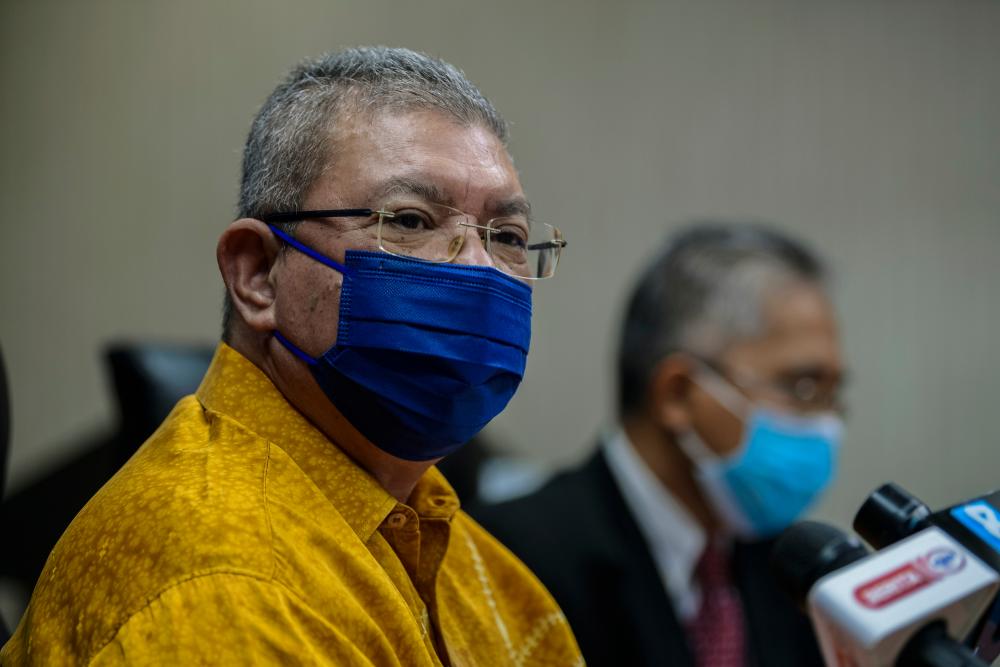 KUALA LUMPUR: Malaysia is ready to strengthen effective cooperation with Indonesia and other regional neighbours following the emergence of the new strategic security pact involving Australia, United Kingdom and the United States, known through the acronym Aukus.

Malaysian Foreign Minister Datuk Saifuddin Abdullah(pix) said the cooperation is to promote and defend Southeast Asia as a peaceful, stable, developing and prosperous region, inline with the ASEAN Outlook on the Indo-Pacific (AOIP) aspiration.

“Like Indonesia, Malaysia too is worried with the emergence ofAukus that has the potential to unleash conflicts, and arms race in Southeast Asia, especially involving nuclear weapons,“ he said to the media after meeting his Indonesian counterpart Retno Marsudi in Jakarta on Monday.

Saifuddin is currently in Jakarta for a four-day visit beginning Sunday, the first since he returned to the foreign minister portfolio on Aug 30.

On Myanmar, Saifuddin stated Malaysia's full support for the Five-point Consensus reached by ASEAN leaders and urged for its quick implementation.

“The instability in Myanmar has adverse effect on other nations and could jeopardise the peace and stability of the region,“ he said.

On the situation in South China Sea, Saifuddin noted that Malaysia is of the view maritime territorial claims should be settled peacefully based on the international laws recognised universally, including UNCLOS 1982.

“All parties should exercise restrain and avoid actions that could create tensions or provocative in nature, and also avoid military actions,“ he said.

On the delineation of maritime boundaries with Indonesia, he said, Malaysia is committed in achieving an understanding and a win-win solution on this matter, which he said should take into consideration a formula that can be accepted in wholesome by both sides.

“Malaysia will continue to adhere to the existing agreements regarding maritime boundaries of both nations to avoid any problems,“ he said.-Bernama