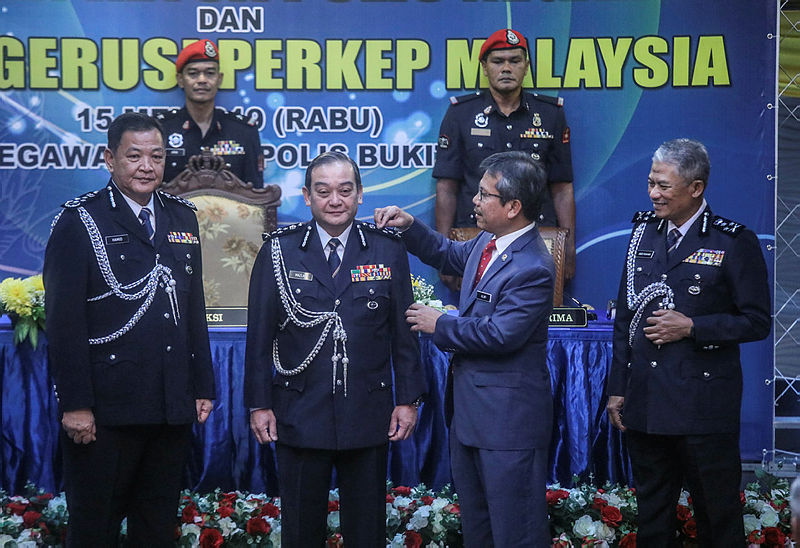 KUALA LUMPUR: Inspector-General of Police Datuk Seri Abdul Hamid Bador has advised Malaysians to avoid being provocative or to fight over petty issues.

He said there were groups out to put a new spin to statements (made in the public sphere) to cause chaos in the country. To prevent such things from happening, the people should be mindful of what they say or do, he said.

Abdul Hamid was commenting on a Hindu Rights Action Force request for police protection for Minister in the Prime Minister’s Department P. Waytha Moorthy in light of revelations that several high-profile individuals had been targeted for assassination.

“Be mindful of what we say or do. Do not provoke. We have foreigners fighting to come to Malaysia to work and yet here we are fighting over petty issues,” he told reporters after the handing over of duties to newly appointed Deputy IGP Datuk Mazlan Mansor.

On May 5 and May 7, police picked up four Islamic State (IS) sympathisers on suspicion that they were plotting attacks on places of worship and to assassinate four VIPs during the month of Ramadan.

Police believe the reason for the attacks was to avenge the death of fireman Muhammad Adib Mohd Kassim, while the assassinations were to “protect the sanctity of Islam”.

Adib was seriously injured when he and his colleagues responded to an emergency call at the Sri Mariamman Temple in Seafield, Selangor in November last year. He succumbed to his injuries in December.

The police are looking for three more individuals who are believed to be still in the country. They are Syazani Mahzan, 21, and Muhamad Nuurul Amin Azizan, 27, from Bedong, Kedah, and Indonesian Fatir Tir, whose last known address is in Banting, Selangor. A fourth suspect is believed to have fled to Syria.

Police believe the suspects had received orders from Akil Zainal, a Malaysian IS leader based in Syria. His real name is Wan Mohd Aquil Wan Zainal Abidin.