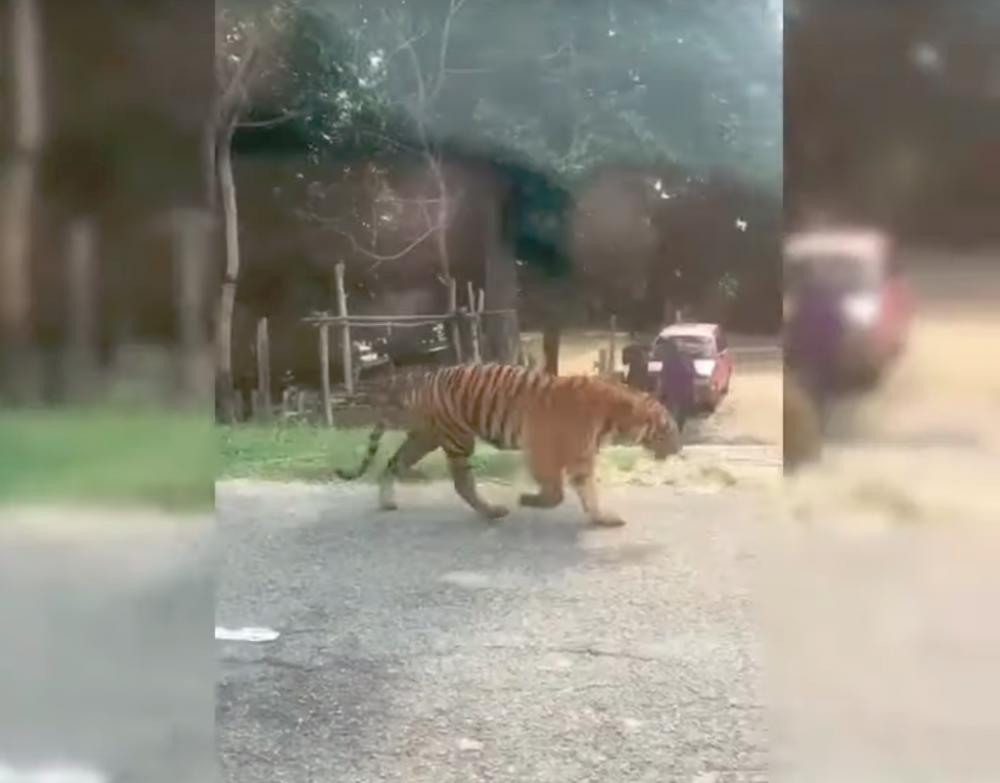 The tiger known as Awang Besul seen in a screengrab from a viral video.

PETALING JAYA: The Malayan tiger that was captured in a village in Dungun, Terengganu by the State Department of Wildlife and National Parks (Perhilitan) last Friday has died.

The feline is believed to have died due to Canine Distemper Virus (CDV), a disease known to easily attack domestic and wild animals.

“Intensive monitoring on Awang Besul from July 20 to 23 showed that there were neurological clinical signs, namely being not aggressive, walking in one direction, seizure attacks and signs of respiratory tract infection.

“Blood samples were taken and was sent to the Veterinary Research Institute on July 21. The virology results showed that Awang Besut was CDV positive.

Perhilitan said a post-mortem would be conducted.

“Perhilitan also does not rule out the possibility that ‘Canine Distemper’ which affected Awang Besul was spread by other wild animal in the surrounding area.

Last week, videos of the 130kg tiger in Kampung Besul Lama, Bukit Besi, were circulated online showing the tiger roaming around the village.

It was later caught in the evening of July 19 by the Perhilitan after being shot with a tranquilliser dart, was found to have injuries to its legs, has eye inflammation and was in a state of dehydration.

1.Police arrest four individuals, including a student, for burglary

2.Discussions on sea VTL expected as early as January