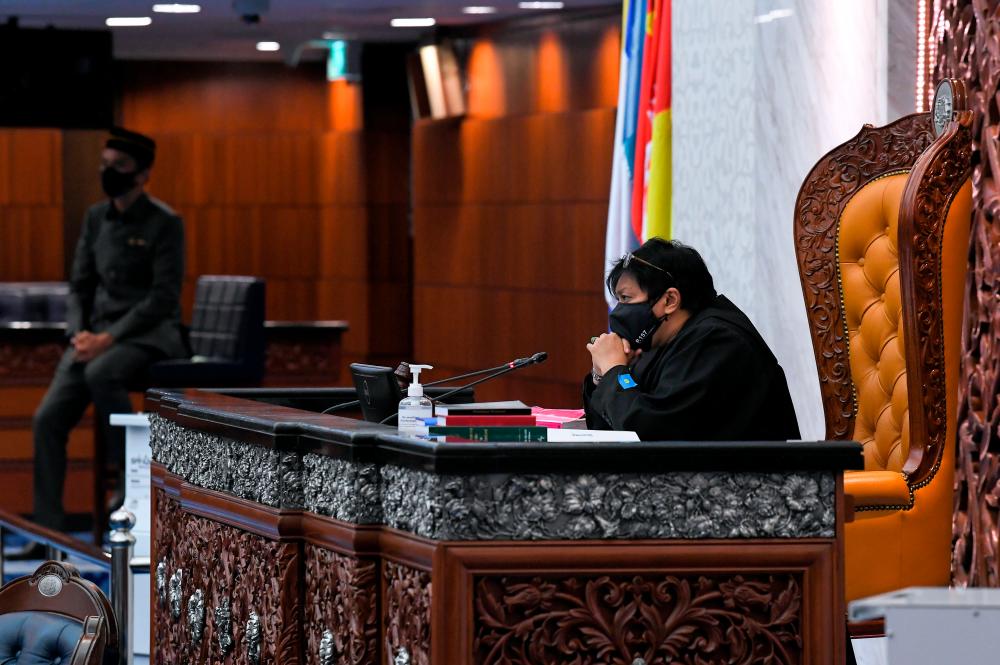 She said she was asked by Speaker Datuk Azhar Azizan Harun to replace him temporarily under Standing Order 7 (3) to chair the sitting.

Mohd Salim Mohd Sharif (BN-Jempol) was taken by surprise when Azalina returned as he was delivering his speech.

M.Karuppaiya (PH-Padang Serai) then congratulated her for making a comeback.

Azalina had resigned as deputy speaker last month and suggested that the seat should be given to an Opposition MP.

The election of a new deputy speaker which was supposed to be held yesterday has been postponed to the next parliament sitting.

De facto Law Minister Datuk Seri Wan Junaidi Tuanku Jaafar said the government is looking to add another deputy speaker for any of the elected Opposition MPs to fill in the vacancy (from two to three deputies).

However, he said in order to do that, he has to postpone making the amendment to the Federal Constitution.