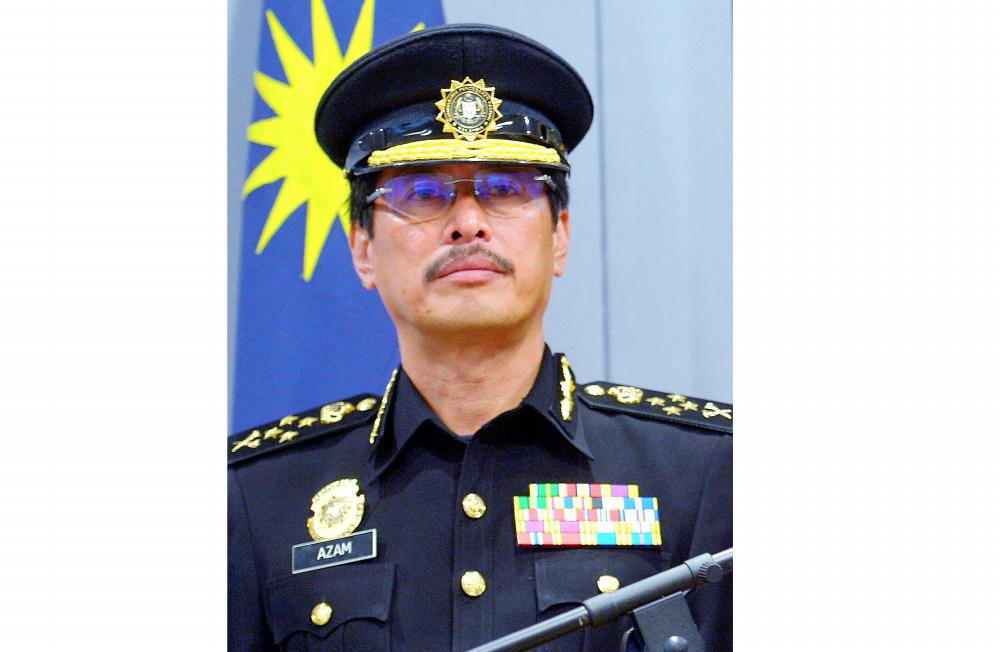 The Prime Minister’s Office (PMO) said in a statement yesterday that Azam’s appointment as chief commissioner of the MACC was consented by the Yang di-Pertuan Agong.

Azam who was deputy chief commissioner in charge of operations is reputed to be a tough graft-buster who was instrumental in launching investigations against dozens of crooked civil servants involved in bribe-taking.

Azam thanked the King and Prime Minister Tan Sri Muhiyiddin Yassin for proposing and appointing him to lead the commission.

He also thanked Latheefa for here contributions to the MACC during her tenure as its chief.

Azam joined the then Anti-Corruption Agency (ACA) in 1984 as an assistant investigations officer and went on to serve in various other roles such as intelligence officer and prosecution officer.

The 57-year-old top MACC boss who has served the commission for 35 years and was director of investigations and director of intelligence, holds a diploma in electrical engineering, a masters degree in law.

Azam who has extensive experience in the investigations of high-profile cases is a pioneer in introducing the application of anti-money laundering laws for the forfeiture of assets of offenders.

He was also the brainchild behind the planning of methods in undercover investigations and high profile cases which are being put in use until this day by the MACC.

The methods had led the commission to produce many high-profile cases including the 1MDB, Ops Water Gate and SRC International Sdn Bhd.