Azeez gets discharge, not amounting to acquittal on corruption, money laundering charges 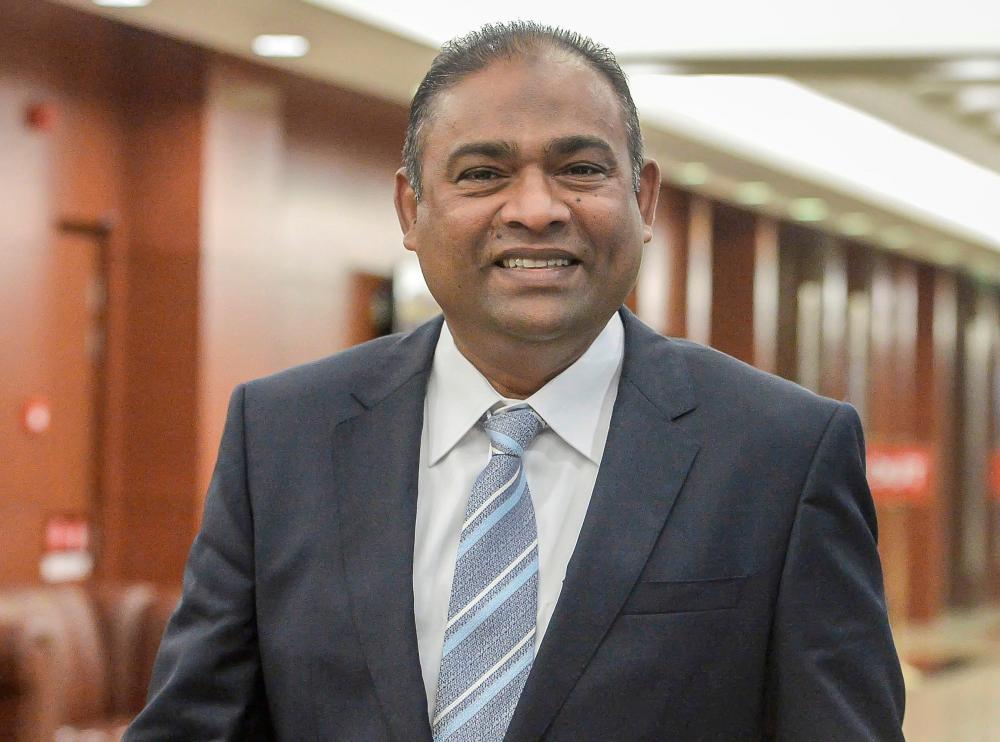 KUALA LUMPUR: Former Tabung Haji chairman Datuk Seri Abdul Azeez Abdul Rahim (pix) was today given a discharge not amounting to an acquittal (DNAA) by Sessions Court on nine charges, comprising three for corruption and six for money laundering, in connection with road projects in Perak and Kedah.

Judge Azura Alwi made the ruling after deputy public prosecutor Aslinda Ahad requested the court to discharge without acquitting the Baling Member of Parliament under Section 254 (3) of the Criminal Procedure Code following a representation submitted by Abdul Azeez.

“The court opines that every case needs to be differentiated based on facts and the main issue is the discretionary power under Section 254 of the Criminal Procedure Code whether a DNAA or DNA order should be given against the accused.

“In exercising that power, the court needs to balance public interest and the rights of the accused as provided under the Federal Constitution.

“Therefore, the court orders that the accused be released without being acquitted of the charges,“ he said when the case came up for mention.

Abdul Azeez, 55, was charged with three counts of accepting bribes amounting to RM5.2 million and six charges of money laundering worth RM972,414.60 in relation to road projects in Perak and Kedah, with the offences allegedly committed at five banks in the federal capital between Sept 6, 2010, and April 10, 2018.

The charges were framed under Section 16(a)(A) and Section 28(1)(c) of the Malaysian Anti-Corruption Commission Act 2009 which provides an imprisonment for up to 20 years and a fine of not less than five times the amount or value of the bribe, if found guilty.

For the money laundering charges, they were framed under Section 4(1)(b) of the Anti-Money Laundering, Anti-Terrorist Financing and Proceeds of Unlawful Activities Act (AMLATFPUAA) 2001 which is punishable under Section 4(1) of the same act.

The law provides an imprisonment for up to 15 years and a fine of not less than five times the amount or value of the proceeds of the illegal activity or RM5 million, whichever is higher, if found guilty.

In her judgment, said at this stage the prosecution could complete its investigation based on new evidence following the representation submitted by the defence.

“The trial of this case has started and it cannot be concluded that the prosecution does not intend to continue with this case,“ she said.

Earlier, Aslinda informed the court that Abdul Azeez, through his lawyer, had submitted several representations seeking for the charges against him to be dropped.

“In the letter of representation, the prosecution received six sworn statements from the prosecution witnesses. Following this, a thorough investigation should be conducted by the Malaysian Anti-Corruption Commission (MACC) investigating officer due to the existence of new evidence that was not considered before,” she said and requested for Abdul Azeez to be released under Section 254 (3) of the Criminal Procedure Code.

On Sept 5 this year, Abdul Azeez failed in his appeal at the Court of Appeal to quash the three charges of corruption and six charges of money laundering made against him.

A three-judge panel consisting of Datuk Seri Kamaludin Md Said, Datuk Abu Bakar Jais and Datuk Che Mohd Ruzima Ghazali dismissed Abdul Azeez’s appeal to quash the nine charges after ruling that the charges were not defective and ordered the trial of the case in the Sessions Court to continue.

The trial of the case began on Aug 19, 2020, with seven prosecution witnesses called to testify. - Bernama