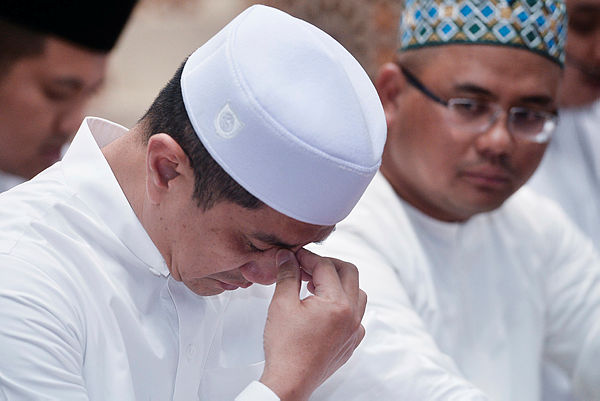 As the Apec 2020 host, he said, Malaysia should give due attention to the summit as its main agenda.

“I can now focus on the year 2020 as Malaysia will host the Apec Summit, and all the country’s leaders are also working hard to give the best,” he told reporters after attending a ‘doa selamat’ at Masjid Jamek Al Amaniah, Batu Caves, near here last night.

Admitting that he had to face a major test for a long period after being linked to sex videos, the PKR deputy president said it was a cruel political conspiracy against him.

On Thursday, Attorney-General Tan Sri Tommy Thomas said in a statement that no one would be charged over the sex videos that allegedly involved political personalities because three separate findings concluded that the individuals in the videos could not be identified.

He said CyberSecurity Malaysia, forensic experts in the United States and an analysis report from a private individual concurred that identification could not be conclusively made based on facial recognition analysis.

“Alhamdulillah (All praise be to Allah) for the announcement; I believe in the process,“ Mohamed Azmin said. — Bernama