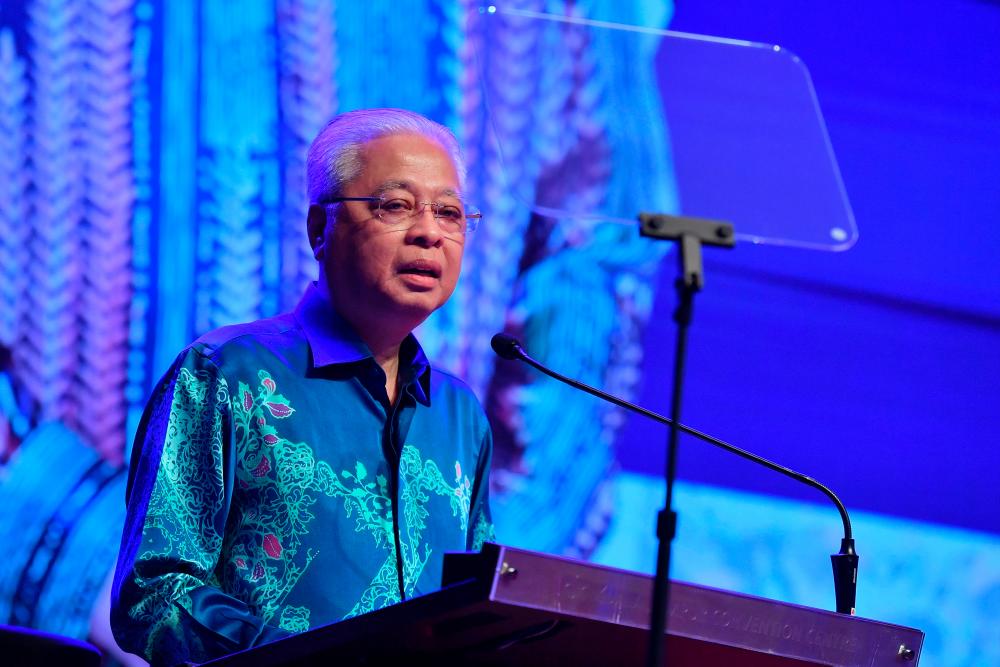 JOHOR BAHRU: Malaysians should be proud that Bahasa Melayu is not only still being used internationally, but is ranked the 10th most popular language in the world, says Prime Minister Datuk Seri Ismail Sabri Yaakob. (pix)

He said currently there are more than 6,000 languages ​​still in use, but only 20 languages, including Bahasa Melayu, ​​are categorised and recognised as official languages.

“As the Malaysian Family, whom this mother tongue belongs to, we should feel proud, despite the strong dominance of the English language, as Bahasa Melayu remains powerful, with its own unique rhythm, which has remained evergreen in the world’s civilisation.

“This has not been so for all major languages ​​in the world, as some languages ​​have become increasingly sparse due to globalisation, while others are facing the threat of extinction,“ he said when officiating the 2021 Prime Minister’s Cup international Bahasa Melayu Public Speaking competition at Universiti Teknologi Malaysia (UTM) here, last night.

Ismail Sabri said Malaysia should be thankful that Bahasa Melayu did not suffer a similar fate, and this is the result of the united effort in support of the language within the archipelago by Malaysia, Indonesia, and Brunei Darussalam.

“Therefore, it is not impossible that the number of Bahasa Melayu speakers in the world, which now exceeds 300 million people, will grow even further, and thus revive the glory days of Bahasa Melayu as a ‘lingua franca’,“ he said.

The Prime Minister, meanwhile, rebuked the current ‘trend’, which saw programmes conducted by the private sector and even some government-linked companies and government agencies that did not use Bahasa Melayu.

“Government agency and GLC meetings also use English. In fact, the use of non-Bahasa Melayu names for companies, housing projects and product brands has become commonplace.

“I hope every conference, meeting and other events uses Bahasa Melayu from now on. Who else can uphold Bahasa Melayu if not us?” he said.

He added that the government wanted to repeat the glorious history of Bahasa Melayu, by making it the language of knowledge and the international language of the 21st century.

“The government is committed to ensuring that the policies formulated, support the efforts to uphold Bahasa Melayu.

“For that, the government strongly encourages the implementation of language and literature programmes and activities that can further inspire the spirit of love for Bahasa Melayu,“ said Ismail Sabri.