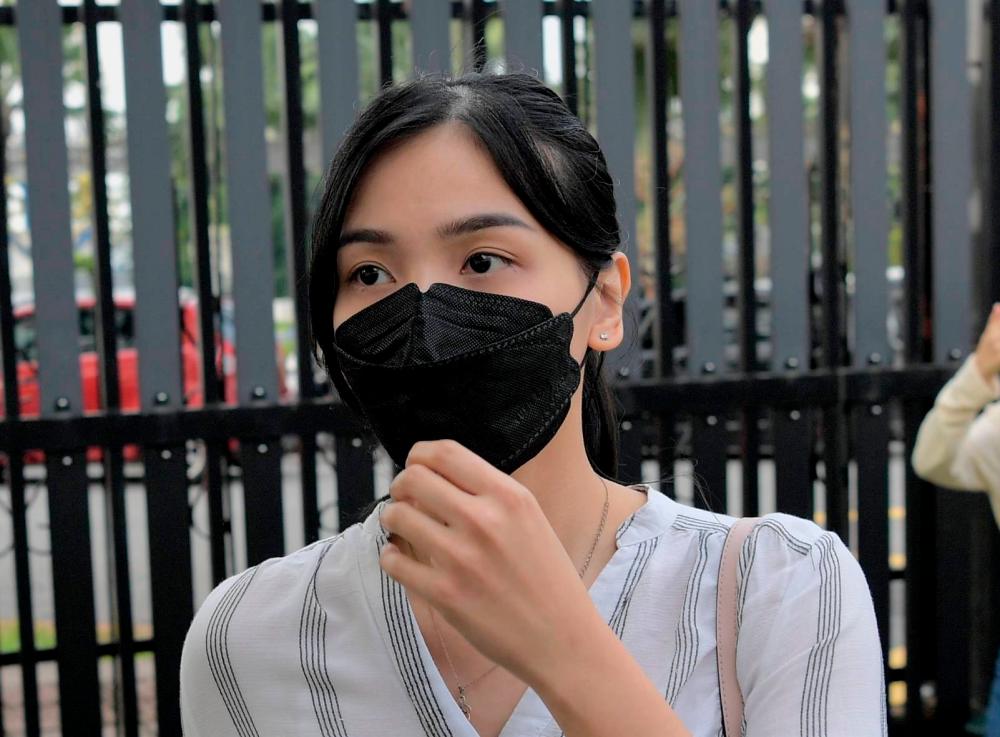 JOHOR BAHRU, April 13 - The High Court today sentenced a clerk, Sam Ke Ting, 27, to six years in prison and a fine of RM6,000 after he was found guilty of reckless driving resulting in the death of eight teenagers on a mountain bike, five years ago. BERNAMAPIX

JOHOR BAHRU: The High Court here today sentenced a female clerk to six years’ jail and fined RM6,000 after finding her guilty of reckless driving which caused the death of eight teenage cyclists five years ago.

She was also disqualified from driving for three years and must serve another six months in jail if she failed to pay the fine.

In his judgment, the judge said the defence failed to raise any reasonable doubt against the prosecution’s case which had clearly proved the essence of the offence.

“The woman’s act of driving recklessly or dangerously has resulted in the loss of eight lives. In the sentencing, this court follows a precedent which takes into account the number of victims involved,” he said.

Today’s decision set aside the Magistrate’s Court’s decision on Oct 10 last year to acquit and discharge the woman of the charge.

However, upon appeal from the prosecution, the High Court had, in February 2021, ordered the woman to enter her defence.

Abu Bakar, when reading his decision in allowing the appeal, said the court was satisfied that all the essence of the offence under Section 41 (1) of the Road Transport Act 1987 had been successfully proven.

He said the trial court had erred when it failed to decide whether the woman’s defence in her unsworn statement was a mere denial or an after-thought.

“In her defence, the woman said that she did not see the group of cyclists at the scene and that there was another vehicle that hit the victims and sped away. This version was never raised by the respondent during the prosecution case,” he said.

The judge also said the trial court had erred when it failed to consider that the woman’s defence had not raised any reasonable doubt over the prosecution’s case for the charge of reckless driving given the winding and slightly hilly road conditions.

“The trial court erred in accepting the defence which said that she was unaware of the cycling activity on the night of the incident as an excuse to drive her car in a reckless manner to the extent of causing the death of the victims.

“The respondent should have driven her car more carefully and not recklessly. She should have known that the street will not be brightly lit at 3.20 am,” he said.

However, the woman, represented by lawyer Muhammad Faizal Mokhtar, requested a lighter penalty as it was her first offence and she still has parents to support and care for.

Sam, clad in a striped white blouse and light brown pants, arrived at the Court Complex at 9 pm.

The woman, who was then at the wheel of a car, with registration number JQB 9984, was charged with reckless driving, causing the death of eight teenage cyclists at the Middle Ring Road, here, at 3.20 am on Feb 18, 2017.