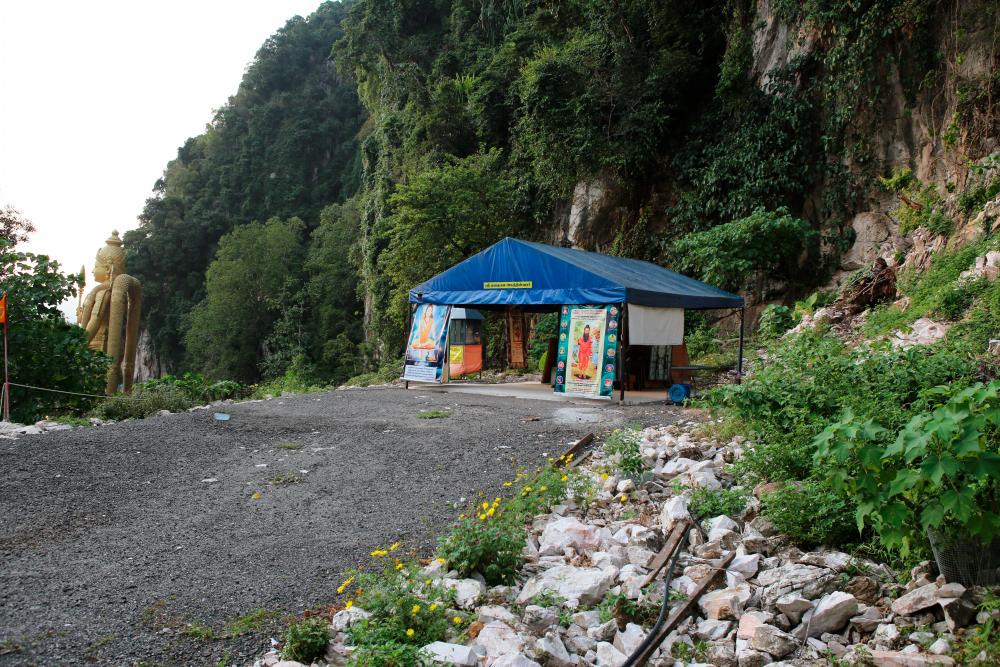 PETALING JAYA: After a lull of about a decade, development is creeping up on the 400 million-year-old Batu Caves again.

A plot of privately-owned land adjacent to the limestone cave has been cleared and several structures have already sprung up. On an adjoining plot there is a water tower now.

The property firm that owns the land adjacent to the limestone cave had earlier agreed to sell it to a spiritual organisation for the purpose of building a retreat centre.

All would have been well but for the fact that the new project is within the 500m “no development” buffer zone from the cave temple.

The policy to carve out a buffer zone to protect Batu Caves was an initiative by the Selayang Municipal Council (SMC) and imposed 10 years ago in response to protests against any form of development at the foothills of the cave temple.

Approval for the project remains a mystery. The proponents claim that the green light has been given by the local authority, but the SMC has denied knowledge of any development on the grounds that “no plan has been submitted or approved”.

Records and documents sighted by an investigative team of journalists representing several news organisations show the property company agreed in March 2017 to sell the land to the spiritual movement for RM1.2 million.

A deposit of 10% of the agreed purchase price was paid upon the signing of a sale and purchase agreement four months later.

But by March the following year, there were no further payments by the spiritual movement, leading to another round of negotiations that resulted in more money being paid.

However, in 2019, the property company terminated the agreement and forfeited the amounts already paid when the spiritual organisation failed to make good on all the payments due.

In a new development, it is learnt that several individuals are in talks with the property firm to buy the land for the spiritual organisation.

Work has stopped since this team made some enquiries but the damage has already been done.

Experts claimed that land clearing and excavation works have put the integrity of the limestone formation and biodiversity of Batu Caves at risk.

Meanwhile, the owner of the adjacent plot has rejected an appeal from the proponents of the project to build an access road through its land.

When contacted, a spokesman for the spiritual organisation maintained that both SMC and the property firm have been aware of the development plans since 2018.

However, he could not produce any documents to show that approval had been given.

In an effort to raise funds, the spiritual organisation produced and distributed a video clip in 2018 featuring the proposed development, which included an administrative building, a meditation hall, dormitories, gardens and various other facilities.

The plan now is to develop the area into a full-fledged spiritual retreat. Plans are already in place for future development and expansion despite SMC’s insistence that no such development would be allowed.

There is no indication yet when this will be properly resolved. Meanwhile, danger lurks for the flora and fauna in the area.