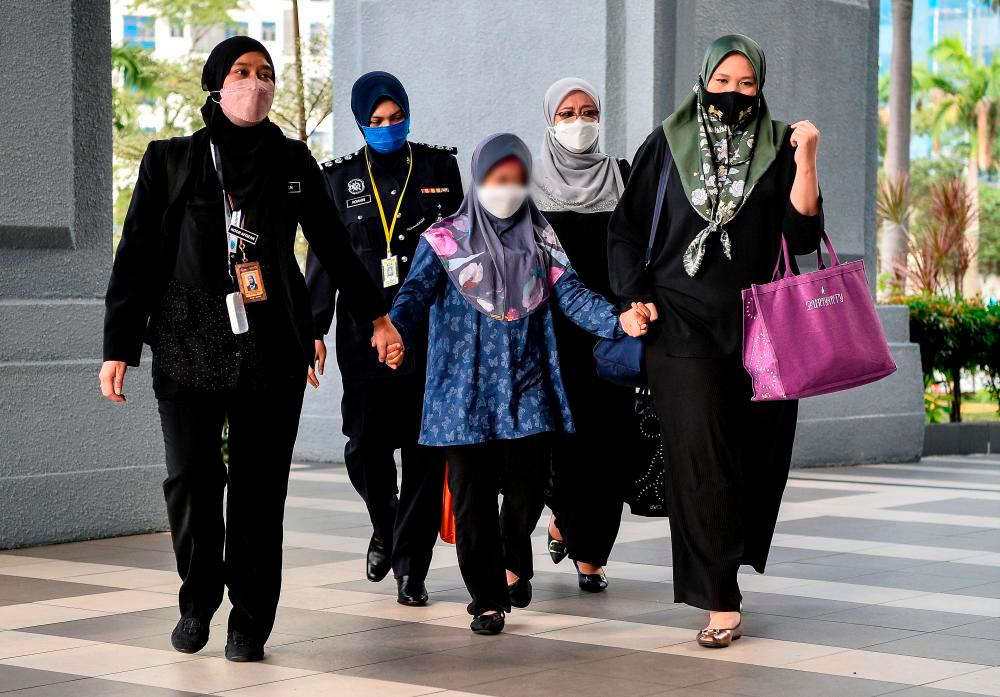 KUALA LUMPUR: The Sessions Court today was told that a Down Syndrome teenage girl known as Bella experienced trauma and often had nightmares after she was sent back to live at Taman Sinar Harapan Tuanku Ampuan Najihah, Seremban.

Wan Zuriena Wan Ismail, 40, the community nurse at the welfare home, said she heard Bella was having nightmares while making night rounds on July 4, 2020.

“Previously Bella was close to the staff who looked after her but when this case (started) she was only close to certain people and it took Bella a long time to recover,“ she said during the examination-in-chief conducted by Deputy Public Prosecutor Nor Azizah Mohamad at the trial of the founder of Rumah Bonda Siti Bainun Ahd Razali.

The 14th prosecution witness said she had known Bella since 2011 when the girl was placed at the welfare home for children with disabilities under the Social Welfare Department (JKM), adding that Bella was a cheerful and friendly child before she was handed over to Siti Bainun.

The witness recalled that Bella called her ‘Misi Wan’ (Nurse Wan) and hugged her after she was sent back to the welfare home.

“I couldn’t hold back my emotions when I saw both of Bella’s bandaged hands, her cropped hair and the scars on her face,“ she said while wiping away tears.

When asked by Nor Azizah about the last time she saw Bella, Wan Zuriena who could not hold back her tears said she saw Bella in July 2020 before the girl was brought to court.

Sessions Court Judge Izralizam Sanusi then adjourned the proceedings briefly to allow the witness to calm herself.

Continuing her testimony, Wan Zurina said that Bella is now more cheerful, always smiling and her weight has increased to between 55 and 56 kilogrammes.

Recounting Bella’s reactions when she had to clean her hands, Wan Zurina said the girl would pull her hands away and that she had to use reverse psychology to distract her.

When asked by lawyer Nur A’minahtul Mardiah Md Nor, representing Siti Bainun, whether Siti Bainun had ever complained to a superior officer about Bella being a sexual assault victim, Wan Zurina replied “I don’t know”.

Yesterday, an assistant officer of the Kuala Lumpur Federal Territory Social Welfare Department Mohamad Imran Mohamed Zanyuin, 35, denied in court that Bella was a victim of sexual assault before Siti Bainun was given temporary custody.

The 12th prosecuting witness said that he was shocked because this was the first time he had heard the issue of sexual abuse raised by the defence.

Siti Bainun, 30, faces two charges of neglecting and abusing the girl, causing the victim to suffer physical and emotional injuries.

She is accused of committing the act at a condominium in Wangsa Maju, here, between February and June 2021, under Section 31 (1) (a) of the Children Act 2001, which carries a maximum sentence of 20 years imprisonment or a fine of RM50,000 or both, if convicted.

The trial continues on August 29. - Bernama 127 dead after violence at football match in Indonesia Report: Weak opposition, a boon for Umno in GE15

5.Report: Weak opposition, a boon for Umno in GE15