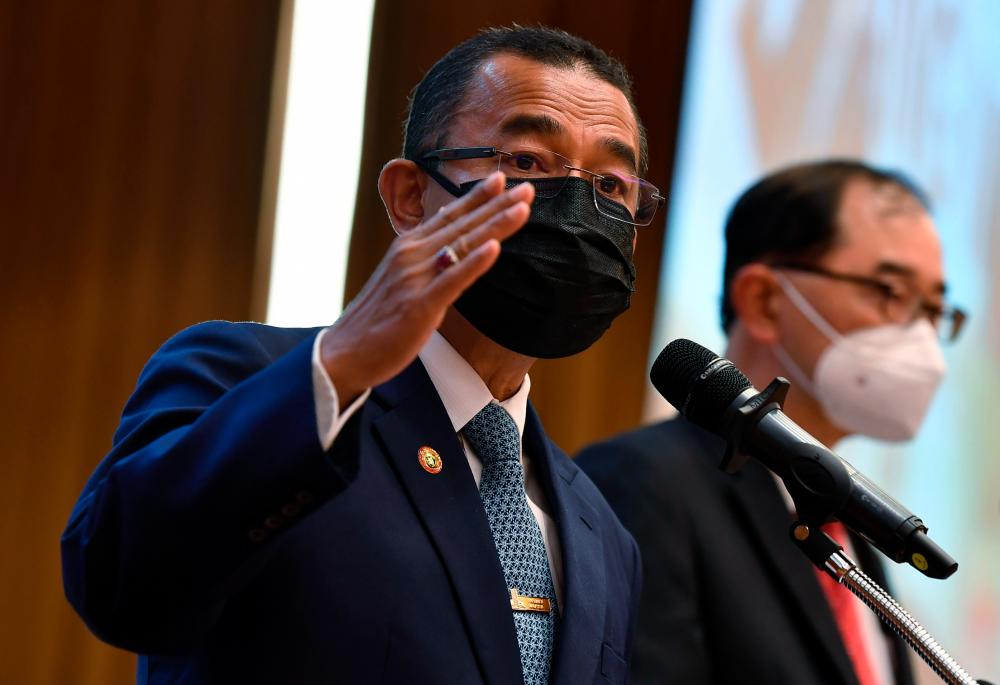 BAGAN SERAI: Parents have been told not to worry about the side effects of vaccines given to teenagers aged between 12 and 17 in this country under the National COVID-19 Immunisation Programme (PICK) for Adolescents.

“Don’t worry, the risk from vaccine injection is very low, with benefits far outweighing risks; in fact, no such cases (adverse side effects) have been reported in this country.

“Studies conducted overseas show that the percentage of adolescents who suffered inflammation of the heart muscle and tissue (after vaccination) is very low,” he said at a press conference after visiting the vaccination centre at Sekolah Menengah Abu Bakar Al -Baqir (Sabar) here today.

He said the ministry was targeting to get 60 per cent of students vaccinated by November and 80 per cent before the end of December this year.

He said 681,853 of the 2.5 million students in the country had received their first dose while 108,935 had completed their vaccination as at yesterday.

“This means that 26.9 per cent have already received their jabs since its launch until yesterday and 4.3 per cent have been fully vaccinated,” he said.

He said the Federal Territory of Labuan had the highest vaccination rate among students with 76.7 per cent for first dose and 6.4 per cent for second dose.

Meanwhile, Noor Azmi said the Health Ministry welcomed a proposal for the MySejahtera developer to activate a buzzer 30 minutes after a user has checked in to remind them to check out.

He said it was a good idea as many users forgot to check out of premises on their MySejahtera app.- Bernama