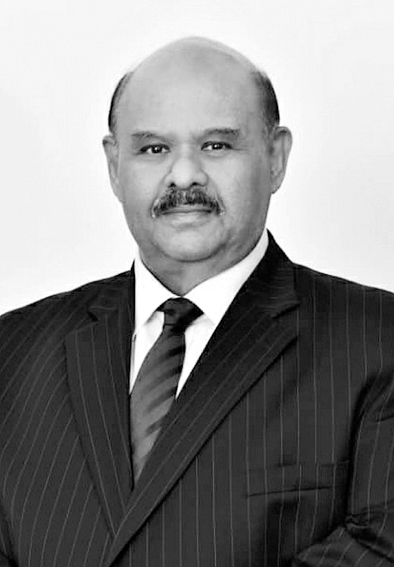 He breathed his last at 4.30am on Saturday after a brief illness. He was 65 years old. He leaves his wife Datin Seri Zalina Razali and three children.

Azlan Meah was appointed to the Board of Berjaya Corporation Bhd as an executive director on Sept 15, 2005.

He studied at Bunker Hill Community College in Boston, US.

He began his career in the Berjaya Corporation group of companies in 1986 as a business development manager and was the senior general manager (corporate services and information) prior to his appointment as executive director.

Throughout his 35 years of working in the group, Azlan Meah was primarily responsible for project coordination, mainly in public-private partnerships across all of the group’s industry interest, including consumer marketing and retail businesses, automotive licensing, IT infrastructure and products, education, financial services, green technology and environmental services. He was also actively involved in projects related to air transport, tourism infrastructure and recreational development.

As an executive director, he was significant in driving the group’s effective engagement in corporate and governmental relations, conducting networking and negotiations to facilitate new business ventures, as well as creating and enhancing value from existing core businesses within the group.

He was a valuable member of the board and contributed substantially to the growth and success of the group.

Azlan Meah had also represented the group in many charitable events as well as presented contributions and sponsorships on behalf of the group to various charitable organisations over the years.

He was a loving husband and father, and was known as a jovial and good-natured person to his colleagues and friends. Mourners and protesters turn out for slain ex-PM Abe

3.MOH, Mindef to create new framework to optimise use of assets, resources