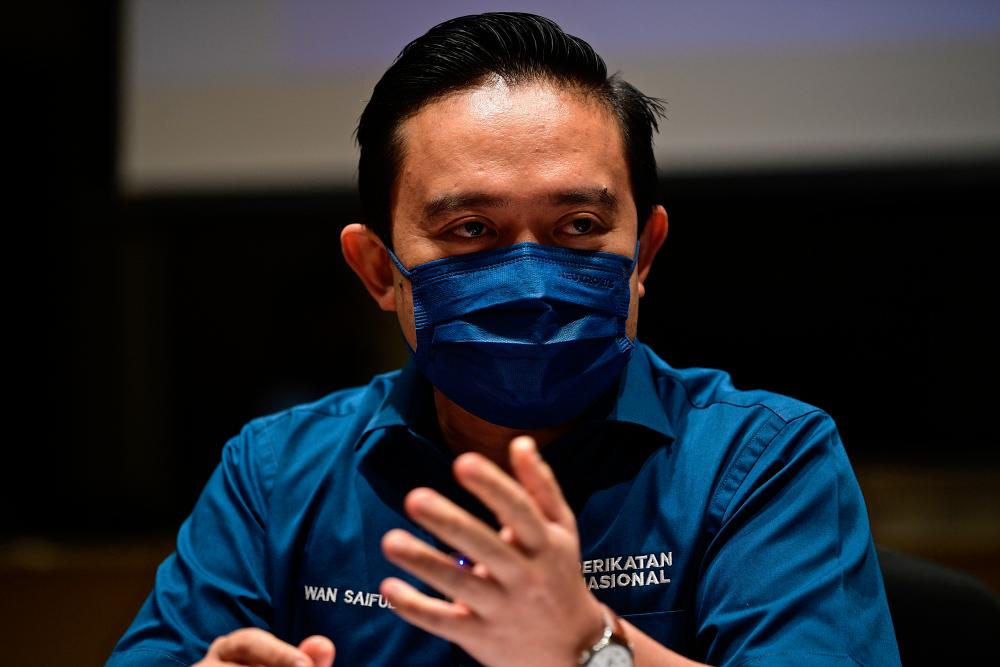 KUALA LUMPUR: No decision has been made yet regarding Datuk Ali Biju’s position in Parti Pribumi Bersatu Malaysia (Bersatu) after the Sarawak Bersatu vice-president went against the party’s wishes to contest in the 12th state election as an Independent.

Bersatu Information chief Datuk Wan Saiful Wan Jan (pix) told Bernama today the matter was still being discussed and that the party was expected to issue an official statement on the matter later this evening.

Previously, Bersatu president Tan Sri Muhyiddin Yassin confirmed that the party would not contest in the Sarawak polls on Dec 18.

However, the action by Ali, who is also the Deputy Minister of Energy and Natural Resources, has left many political observers wondering what disciplinary action the party would take against him.

Ali, who is a two-term assemblyman for Krian, yesterday confirmed that he would contest the seat as an Independent in the state election this time.