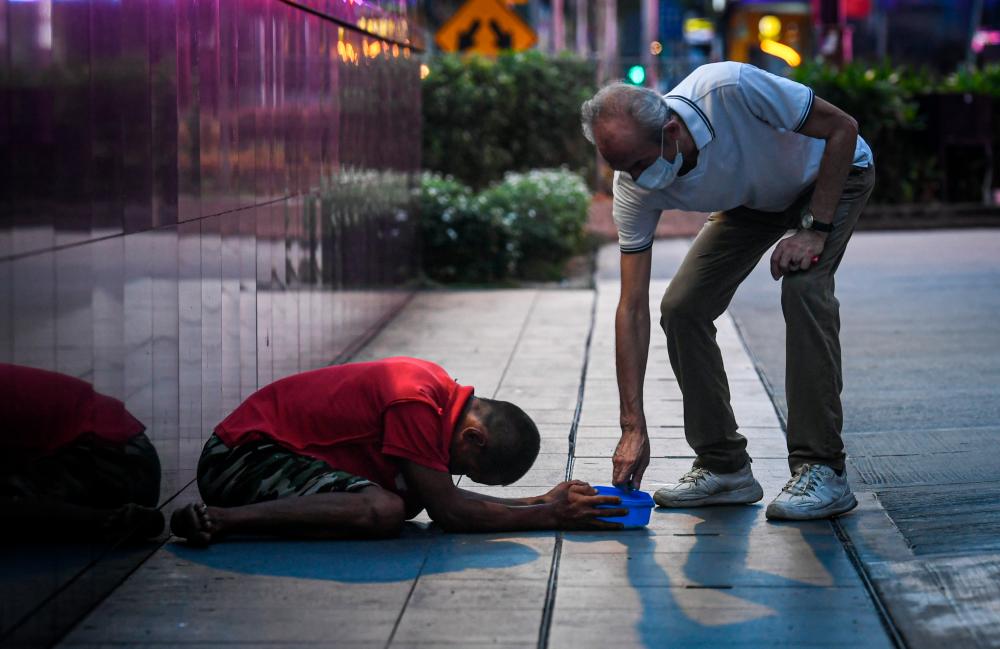 KUALA LUMPUR: Police have warned the public to be cautious of “beggars” seeking food or cash as they could be criminals pretending to be needy to gain entry into homes.

This comes following a case where a woman, under the pretext of being a beggar, led two of her accomplices into a temple caretaker’s quarters here before robbing him of cash and valuables last Saturday.

Sentul police chief ACP Beh Eng Lai said yesterday the victim, a 51-year-old Indian national, was in his room in the compound of a Hindu temple on Jalan Segambut when a woman showed up and begged for food.

He said when the caretaker opened the door, two men rushed in and assaulted him with a piece of wood. The trio fled after stealing the caretaker’s gold ring, two mobile phones, RM500 and his passport. The caretaker later lodged a police report.

He said last Sunday, police managed to trace and arrest the woman and her two accomplices, aged between 16 and 35.

“Two of the suspects have criminal records and are on the police wanted list.”

Beh said one suspect is also being investigated under the Societies Act as he had tattoos of symbols of banned secret societies. The suspects are being held under a five-day remand order.

“We advise the public to be cautious of individuals pretending to be in need.”