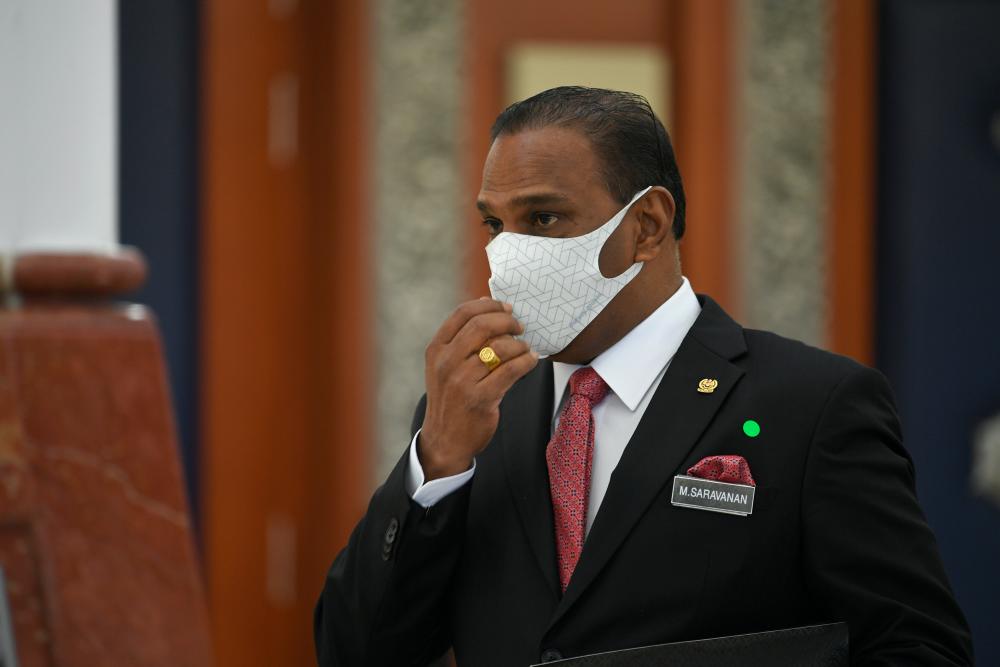 KUALA LUMPUR: A bill to amend the Employment Act to insert a new section on paternity leave was tabled in Parliament today.

It was tabled for the first reading by Human Resources Minister Datuk Seri M.Saravanan (pix).

The proposed amendments, among others, is to comply with standards and practices as required by the Trans-Pacific Partnership Agreement, the Malaysia-United States Labour Consistency Plan and the International Labour Organisation.

It is also to provide for protection against discrimination and forced labour as well as to include provisions for maternity benefits.

Among the amendments proposed in the bill was to amend section 99A of the Employment Act to increase the amount of penalty from RM10,000 to RM50,000 for any offences under the law.

It is also to insert a new section, 60FA, on ‘paternity leave’, which read:

“(1) A married male employee shall be entitled to a paid paternity leave at his ordinary rate of pay for a period of three consecutive days in respect of each confinement.

(2) the paternity leave under subsection (1) shall be restricted to five confinements irrespective of the number of spouses.-Bernama