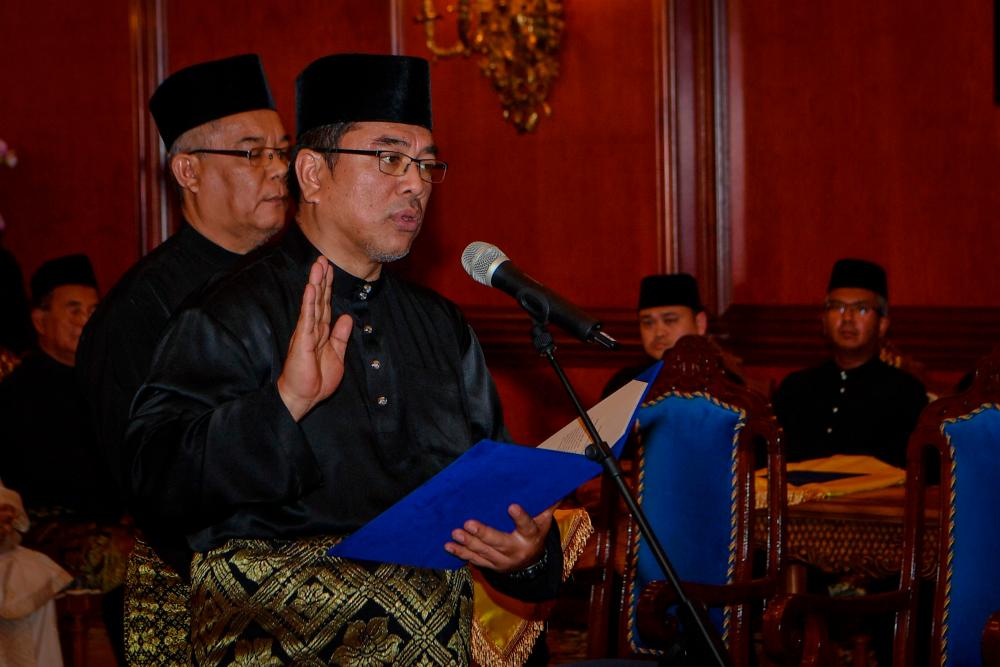 Sulaiman, 54, who is also Malacca Umno secretary, replaces Adly Zahari who was appointed CM on May 11, 2018.

On March 2, Mohd Khalil received representations that Adly no longer commanded the confidence of the majority of assemblymen of the 28-seat State Assembly, leading to Mohd Khalil having to appoint another assemblyman as the new CM.

Sulaiman, was state Economic Planning, Investment and Industry Committee deputy chairman from 2013 to 2018 under the administration of the 10th CM Datuk Seri Idris Haron, when BN was in power in Malacca.

BN fell to the Pakatan Harapan coalition in the state and at the federal level in the 14th General Election (GE14) held in May 2018.

Thereafter, he continued his studies at the Malaysian Maritime Academy (ALAM) and Professional Masters in Management QAC (UK).

He was elected Lendu assemblyman in GE13 in 2013, defeating PAS candidate Asri Shaik Abdul Aziz by a majority of 2,503 votes.

However, Adly Zahari, who is also Bukit Katil assemblymen, was not seen.

Sulaiman, attired in a black Baju Melayu outfit with gold embroidered sampin, was accompanied by his wife. - Bernama