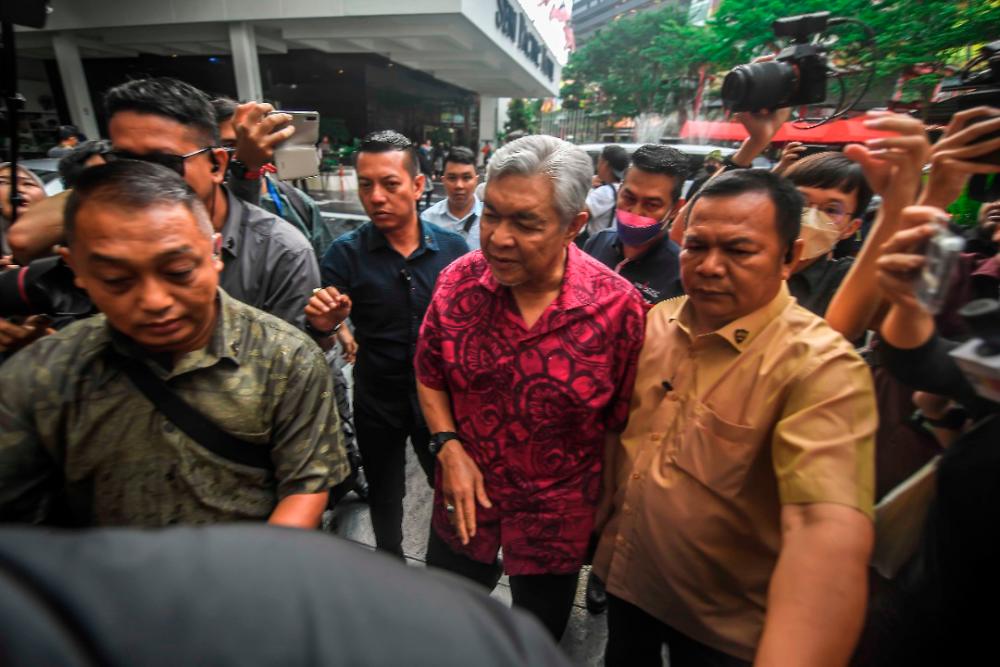 KUALA LUMPUR: Barisan Nasional (BN) chairman Datuk Seri Ahmad Zahid Hamidi has asked for an extension of time to submit the statutory declaration (SD) to Dewan Rakyat Speaker to be presented to the Yang DiPertuan Agong.

Ahmad Zahid, who is also UMNO president, said this was to enable BN to hold official discussions and negotiations with other coalitions to form the new federal government.

“We, BN elected representatives, agreed to Speaker’s notice to submit the SD by 2 pm today.

“But, we are hoping that the Speaker can give a more flexible time for us to submit the SD after our discussions with several parties,” he told a press conference at the Seri Pacific Hotel here today, which was attended by 26 BN elected representatives.

Meanwhile, Ahmad Zahid also repeated that BN had never officially discussed about merging with Perikatan Nasional (PN) or other parties to form the government.

“Any statement claiming that BN is included in a merger (of coalitions to form a new government) is untrue as there was no such discussion, especially with PN.

“In this matter, any decision made by the negotiation committee is final and must be adhered to by all BN representatives as we all contested on BN’s ticket,” he said.

As such, individuals who signed any document to name their own preferred PM candidate shall be deemed null and void as it violated the party’s decision and the SD signed by the elected representatives.