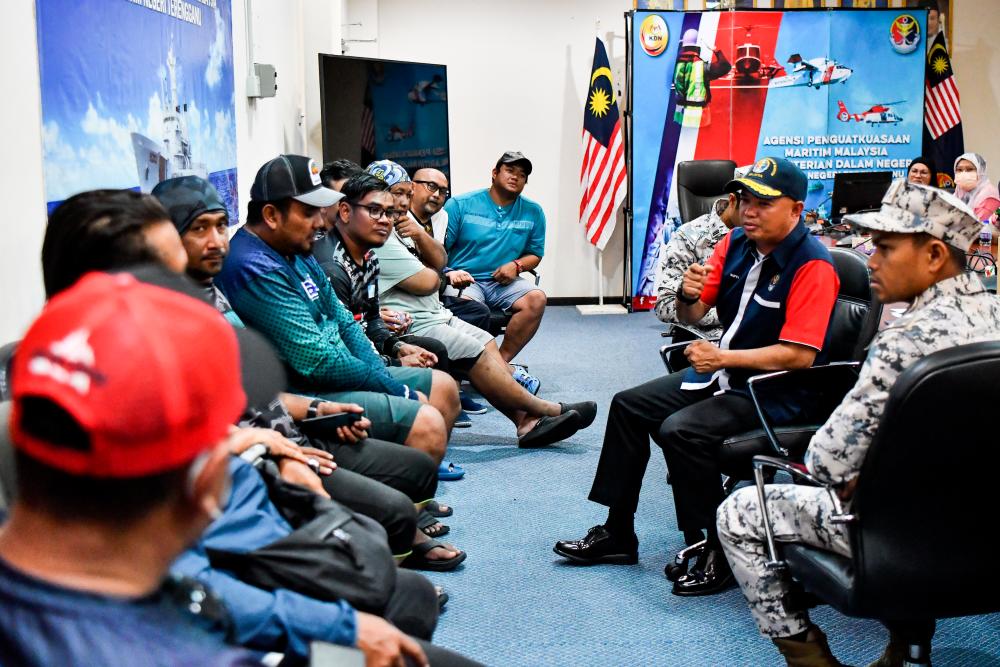 KUALA TERENGGANU: A boat carrying 10 anglers and three crew that was previously reported missing since Wednesday around an oil rig in the waters off Terengganu did not possess a legal permit from the Marine Department to conduct recreational activities, the Malaysian Maritime Enforcement Agency (MMEA) said.

Terengganu MMEA director Capt (Maritime) Muhammad Suffi Ramli said the boat with the registration KNF 7040 was a Class A fishing vessel and had also violated the terms of its licence under the Fisheries Act 1985 for carrying unregistered passengers and crew.

The agency has detained the skipper of the boat along with two crew, 39 and 46, to facilitate investigations under Section 8(B) of the Fisheries Act 1985, he said during a media conference at the Terengganu Maritime Jetty here today following the successful rescue of all anglers and crew.

He said the same boat was found to have committed a similar offence in 2020 but the agency had decided to provide a verbal warning.

“So this time, it is a repeated offence and the MMEA will no longer compromise,” he said, as he reminded all boat operators, both fishing vessels and angling boats, to install satellite communication and emergency equipment to enable rescuers to identify their location should any emergency occur.

The missing boat had left Pengkalan Kubu Jetty in Kuala Besut at 10 am last Saturday (June 25) and was supposed to return on Wednesday (June 29), but was only found at noon yesterday around the Cendor oil rig, around 80 nautical miles from Kuala Terengganu after suffering engine trouble.

The process of rescuing all the victims, aged 32 to 52, began at 8 pm yesterday and they safely reached the Terengganu Maritime Jetty here at around 9 pm today. - Bernama Unemployed man fined RM7,000 for improper use of network facility to call for rally during pandemic Unemployed man fined RM7,000 for improper use of network facility to call for rally during pandemic

1.Dept heads must ensure only Malay language used in every official function

2.Unemployed man fined RM7,000 for improper use of network facility to call for rally during pandemic