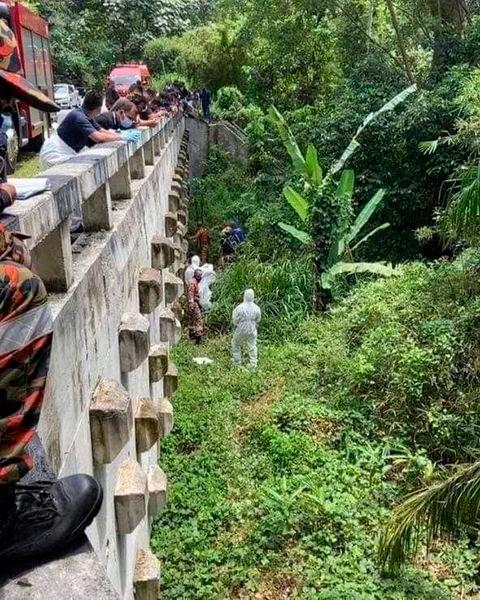 SEREMBAN: Police have confirmed that they had brought one of the suspects remanded in the case of an unidentified body of a woman found in a ravine at Jalan Bukit Putus Seremban-Kuala Pilah, to the scene to track down new evidence.

“We hope we will get something, we are still looking,” he told reporters here.

He said the search was conducted by the police forensic unit and the pathology team from Tuanku Ja’afar Hospital at around 4.30 pm, adding that details on the search would be conveyed to Seremban district police chief ACP Nanda Maarof.

Bernama checks found that the police K9 unit was also seen in the area.

On March 20, the media reported that a body of an unidentified woman was discovered lying face down in a ravine at Kilometre 14 of Jalan Lama Bukit Putus Seremban-Kuala Pilah.

Following the discovery, two men aged 41 and 44 along with an 18-year-old woman were remanded to assist in the investigation.

Negeri Sembilan police chief Datuk Mohamad Mat Yusop was reported as saying that the case was being investigated under Section 302 of the Penal Code for murder. - Bernama