Body of boy who fell into river found 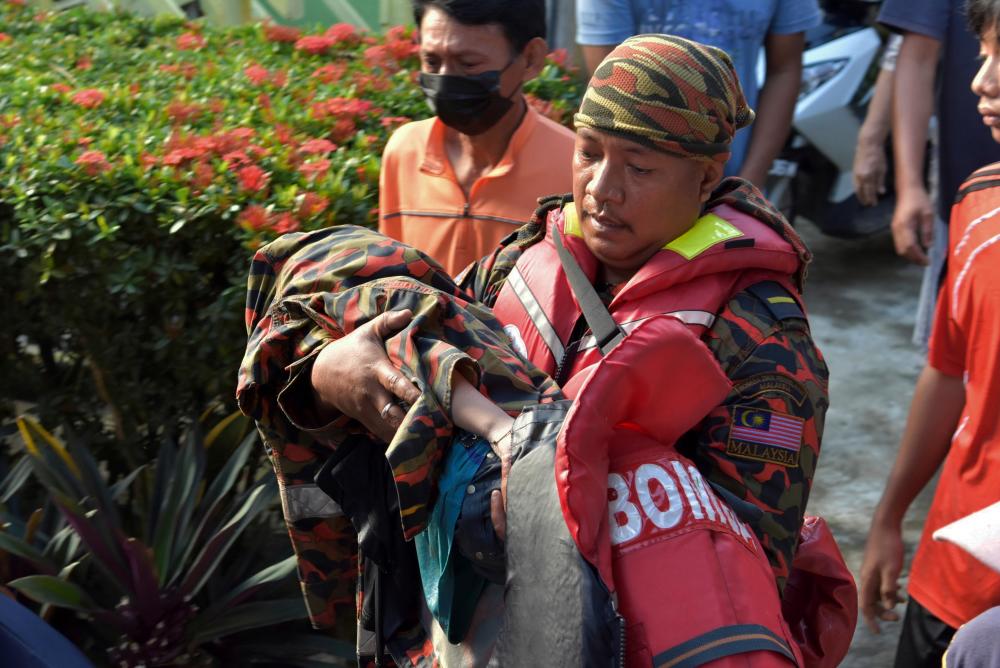 TAWAU: A three-year-old boy who fell from a bridge into the Tawau River in Kampung Jawa Lanut yesterday, was found drowned today.

Tawau Fire and Rescue Chief Julius John Stepen said the body of Mohd Alif Amuddin was found at 8.19 am about 600 metres from where he was reported to have fallen.

He said the body was found a few minutes after the search and rescue (SAR) operation started today.

The SAR for the victim was launched yesterday after the Fire and Rescue Department received a distress call on the boy at 2.45 pm yesterday and was suspended at about 6 pm

Meanwhile, the victim’s father, Amuddin Mustapah, 40, said his son was playing with three other children when he slipped and fell into the river which was near his grandfather’s house-Bernama

2.GPS can win all 82 seats through teamwork -Abang Jo

4.Man City will be his only Premier League club: Guardiola