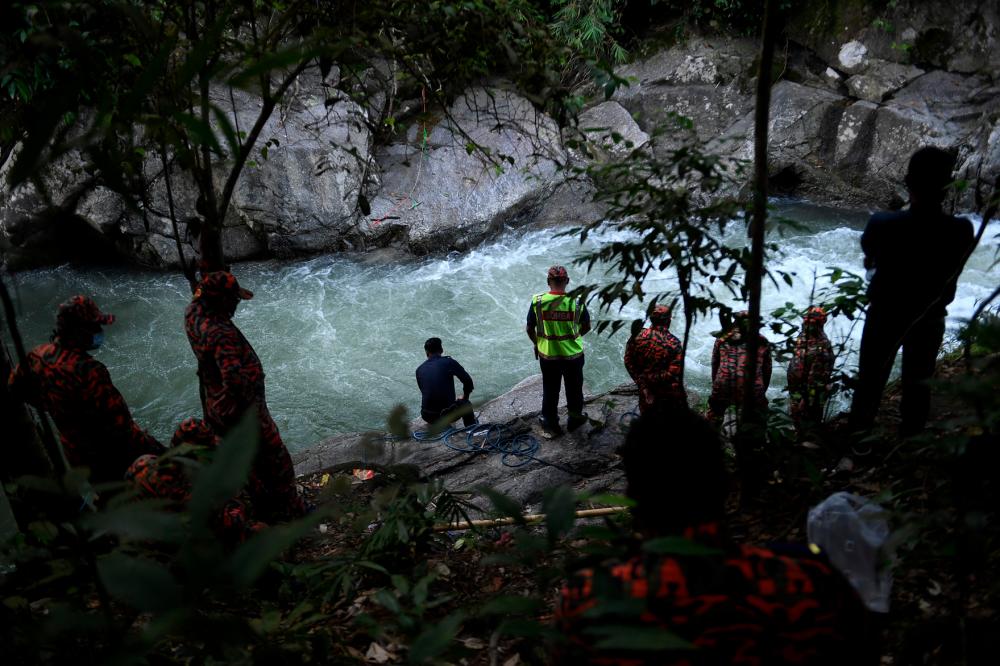 KUALA LUMPUR: The body of a man who was washed away while bathing in Sungai Balak in Batang Kali, Selangor, has been found.

Selangor Fire and Rescue Department director Norazam Khamis said the body of Sunny Dell Ashraff Sa’ari, 23, was found by a rescue team at 9.55 pm last night at a depth of some 2.4 metres, about 50 metres from the spot where he went missing.

“The body was sent to the Kuala Kubu Bharu Hospital for a post-mortem,” he said when contacted here yesterday.

Sunny Dell was bathing with four friends when he got into difficulty and disappeared.- Bernama