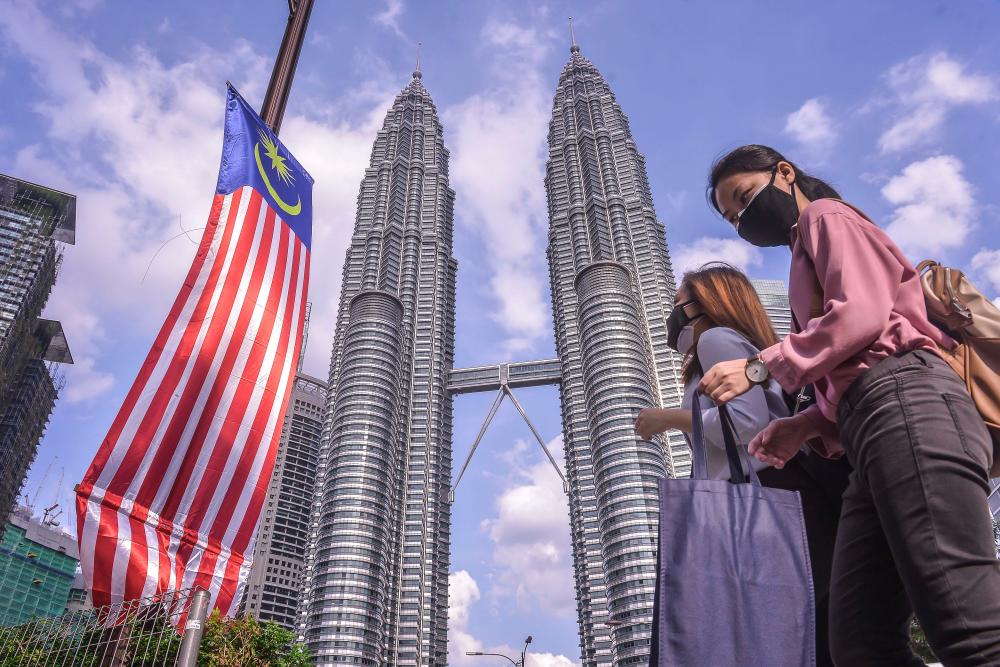 WHAT is it that our Malaysian Family needs most of all, starting tomorrow? A family will stay united only if all communities recognise a deep oneness that connects them. The Malaysian Family dream of Prime Minister Datuk Seri Ismail Sabri Yaakob can turn into reality only if we also acknowledge that the real family is the Human Family, and there is only one surviving family – homo sapiens. Others such as Neanderthals and Denisovans have gone extinct.

There are no races, as all humans in the world share 99.8% of their genetic material. In studying the human genome, scientist have not found any biological race. Equally unifying should be the awareness that all religions are like rivers coming from and flowing into one ocean. If we hang on to outmoded theories of supremacy, we are not a Malaysian Family but a potpourri of families. Potpourri is a collection of fragrant dried flowers. But dried flowers have no life.

When the nation celebrates Malaysia Day tomorrow, cabinet ministers should lead the rakyat in pledging our belief that every religion carries some fundamental truths helpful to its adherents – even those religions you do not like. If you think other religions contain no truths, then why recite the Rukun Negara with “Belief in God” as the first tenet?

How should we build up the Malaysian Family? In the previous article, we laid down a case for establishing a National Interfaith Council for Climate Change.

Every Malaysian would have seen on television the scale of natural disasters being inflicted on human populations now, from the Covid-19 pandemic to the killer heatwaves and monstrous floods.

To dampen climate change, we need every religion to stir the masses into taking bold and necessary action steps. This climate interfaith council should comprise member religions of the Malaysian Consultative Council of Buddhism, Christianity, Hinduism, Sikhism and Taoism. The chairperson would rightly be the minister in the Prime Minister’s Department for religious affairs. In linguistic usage, the term “religious affairs” implies that it is a multifaith portfolio. An Orang Asli who is a loyal practitioner of the indigenous faith in nature should be adviser of this climate interfaith council.

In bringing together at least six religions to map out a “stop further climate change” action plan for all religious adherents to adopt, the religious afairs minister must be willing to walk into the eye of the storm and take bold unpopular moves.

The eye of the storm is this common belief held by many religious authorities that human population must not be obstructed from expanding to fill the Earth quite literally.

We have not just filled the Earth; we have overfilled it.

When human population reaches 10 billion in 40 years (it is now 7.8 billion), the world forest cover will disappear by another 20%. There is no way to find space for two billion new humans except by pushing deeper into the forests and converting them into towns, farms and industrial sites. This means substantially lower absorption of CO2 from the atmosphere, even while humans generate more Co2 emissions further increasing the global heat.

Climate change became noticeable to scientists from 1950 as they began seeing temperatures creeping up year on year. Global human population also started increasing at 2% a year from 1950, slowing only in the recent decade. The two parallel events were no coincidence.

Runaway population growth is the root cause of climate change. From 2.5 billion in 1950, the number of humans will have quadrupled to 10 billion by 2060.

The link with climate change is incontestable. However, many religious authorities continue to encourage baby booms. A number of scriptural verses appear to justify such action. But every verse in any scripture must be interpreted within its context. Taken out of context, a statement that is valid – relative to its context – will turn into a dangerous falsehood.

Anthropologist Mahmood Mamdani explained the context justifying large families in the distant past. Children were the economic support system providing needed labour and physical security in the absence of a managed economy and police force.

There are political and theological reasons as well. The political motive for large families has been prominent since the 1950s as religions battle for electoral majority in plural constituencies across a swath of democratic nations. Theology also provides a strong underlying reason for uncontrolled births. Religions either propagate the view that human births are rare and hence every birth is necessary or that a soul waits to be created whenever a married couple embrace. This is a misunderstanding of scripture.

The correct understanding of “soul” is to be found in the Upanishads, a collection of Hindu scriptures. There, it is stated that your innermost self is the Atman. What is Atman? Take 1,000 mirrors and lay them on a big open field at high noon.

You have created 1,000 suns. But the truth is that each sun in the mirror is just a reflection of the one sun. The mirror is our physical body containing a divine reflection.

Buddhist scriptures are sprinkled with the term anatman or anatta, which means “no soul” in Sanskrit and Pali. However, there is strong recognition in Buddhism that consciousness predates life and survives death. Individual consciousness is like a stream of water that comes from and flows back into the ocean. Science finds no evidence of soul, but has discovered that consciousness exists beyond death.

The proposed National Interfaith Council for Climate Change must take this “baby step” of initiating a global religious action plan to stop unnecessary human births in every country. We must prevent a Usain Bolt of climate change from bolting towards the finishing line, at all cost.

India’s northern state of Uttar Pradesh is leading the way for all religiously-inclined nations to dampen climate change. It has introduced a two-child family policy under a UP Population Control, Stabilisation and Welfare Bill 2021. A third child is permitted only if a couple have two daughters. The draft bill contains penalties for offenders such as barring access to government subsidies and benefits, as well as jobs in government services.