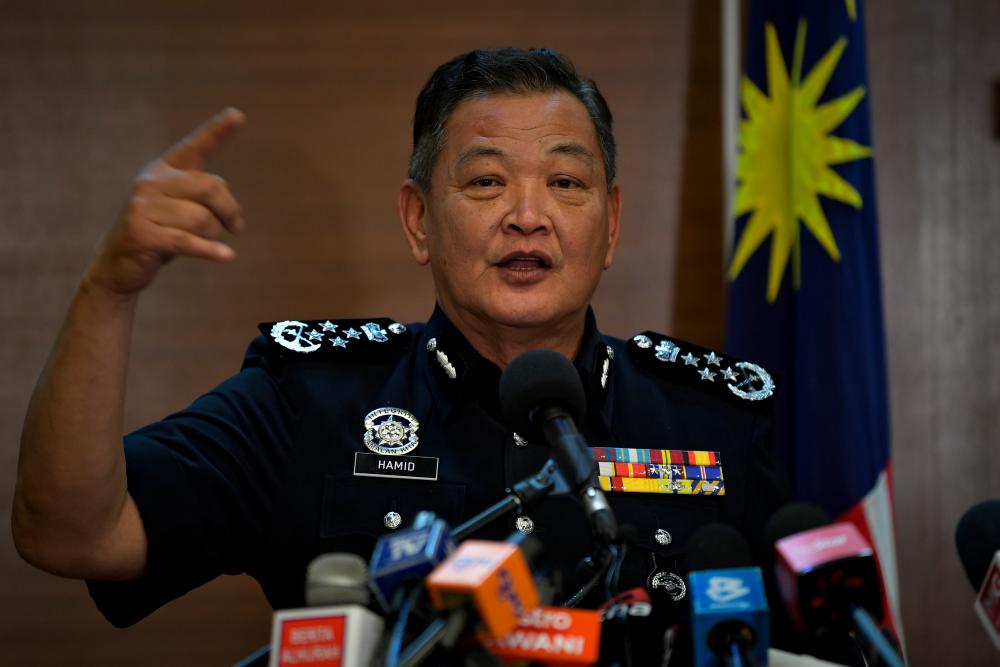 He said such despicable acts by those entrusted to maintain security had allowed thousands of illegal immigrants to trespass into the country.

“I consider the act of accepting bribes from a syndicate by any security personnel manning the border as an irresponsible act, and it is a betrayal to the country,“ he said during a special press conference in Bukit Aman, here.

He said although officers and policemen at the borders were rotated every month, the system had its flaws.

“Because of that, they (those guarding the country’s borders) become negligent and careless, and the syndicates succeed in forming relationships with several individuals from the authorities, so then corruption happens, based on certain amounts of payments, either on a monthly or per head, or per-trip basis,“ he said.

Commenting further on the operation codenamed ‘OpS Benteng Covid-19’, Abdul Hamid said to date, 80 individuals had been charged with being involved in the smuggling of migrants with 22 investigation papers opened, while 11 more individuals behind the syndicate were still being traced.

Meanwhile, on the use of mother ships to bring in illegal immigrants, Abdul Hamid said such tactics made it difficult for the authorities to approach those anchored in the middle of the sea, as they were close to the waters of neighboring countries as well as international waters.

“They use the mother ships which are loaded with hundreds of people and anchored in the middle of the sea, and there are syndicates that supply food to them every day,“ he said.

Last month, Bernama reported that 269 Rohingyas trying to enter Langkawi’s waters were arrested by the authorities who also found the body of a woman on board the boat ferrying the illegal immigrants. — Bernama