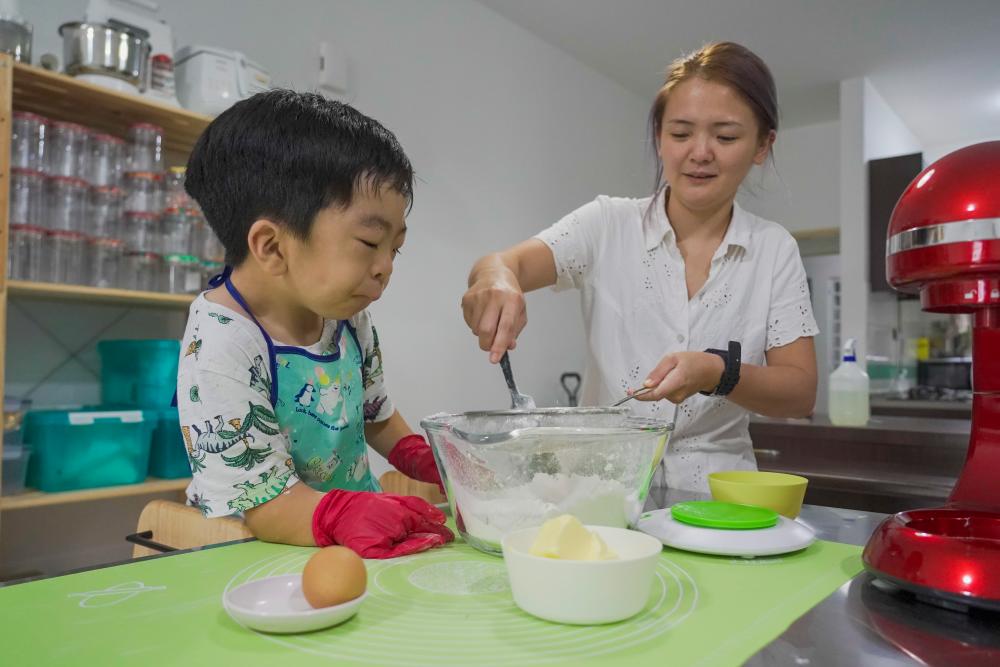 PETALING JAYA: They come in little bite sizes, but former sales designer-turned-full time baker and single mother Miyumi Yanagi is hoping that her son’s pastries will be a hit.

Yanagi, 33, ventured into her newfound pursuit two years ago after her son, Jonah Michio Tan, eight, showed a keen interest in baking.

“I had been juggling a full-time job and handling orders from friends. I then thought it would be best to fully focus on the business and Jonah’s interest,” Yanagi said at her home in Damansara Perdana.

Yanagi, who is of Malaysian-Japanese descent, said it all started when the first movement control order hit Malaysia in March 2020.

“We started making a YouTube channel for Jonah. He’d show how to make his favourite meals, including pancakes. His brother Jamian, six, would happily help him,” she said.

With 302 subscribers on Jonah Cooks, she said Jonah started to ask if he could have his bakery.

“It came as a surprise, but we decided to give it a shot.”

Yanagi and Jonah started to scour the internet, tweaking recipes to suit his customers’ preferences.

“We started with an oven and bought ingredients that totalled RM500,” she said.

Jonah was born with skeletal dysplasia, a category of rare genetic disorders that affects bones and joints and hinders growth and development.

The disorder causes abnormally-shaped bones, especially in the head, spine and the long bones of the arms and legs.

Yanagi first felt something was amiss during her sixth-month ultrasound scan, which showed that one of Jonah’s bones was not of proper length. The doctor originally diagnosed him with dwarfism, but later found that the bone was not only short but also bowed.

“They thought it was broken due to the angle and, until the day of the delivery, suspected it was Osteogenesis Imperfecta (OI), otherwise known as brittle bone disease,” she said.

“Once I delivered Jonah, he was diagnosed again. This time, it was not OI but skeletal dysplasia.

“Initially, I was worried for him, then it slowly came to a point that I accepted his condition. He is considered the first case at Universiti Malaya Medical Centre,” she said.

Skeletal dysplasia, left untreated, can result in difficulties in breathing, spinal problems as well as fluid build-up around the brain.

“Jonah loves to play with children but due to his physical condition, he has to be extra careful because a simple fall may cause problems to his bones.”

There was a time that he could not enrol at a normal school since he is physically handicapped.

But through word of mouth and media coverage, his schooling is being sponsored by a good samaritan.

Although the business is far from profitable, for the duo, it was a start. They started baking batches of chocolate chip and gingerbread cookies for Christmas.

“The business depends on the festivities such as Christmas and Chinese New Year and we have to stretch the funds to pay for utilities,” said Yanagi.

Their bestsellers are the Salted Egg Yoke Kaya, which is sold at RM9 a bottle, and chocolate chip cookies at RM15 for a bag of six.

“I want to be the best baker,” said Jonah, beaming at Yanagi.