Bread, noodle factories ordered to close due to hygiene issues 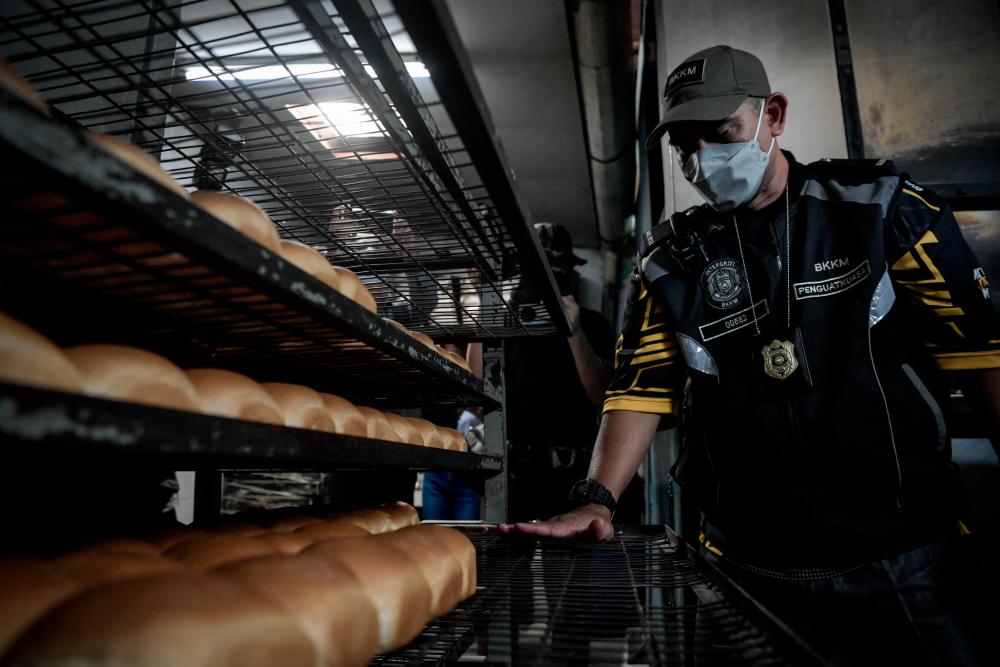 GEORGE TOWN: A bread factory in Jalan Kedah here was ordered to close for two weeks after rat droppings were found on the plastic packaging and oil waste dripping from the bread racks at the premises during a raid today.

The inspection by the Penang State Health Department also found the factory, which has been operating for the past 50 years, displaying a misleading halal logo and the bread-making equipment to be rusty.

The State Health Department’s Food Safety and Quality Division environmental health officer, Mohd Wazir Khalid (pix) said it was also found that the factory owner had placed the freshly baked bread in boxes using a halal logo although it did not have valid halal certification from the relevant authority.

He said the factory’s level of cleanliness was found to have not met the standards stipulated under the Food Safety Assurance Programme, which could cause contamination and food poisoning.

“The bread factory was already given a warning last year for a similar offence. However, the deplorable condition continues and is worrying due to possible contamination of the bread sold to customers,” he told reporters after conducting the ‘Ops Bersih’ today.

He said it was also ordered to close for two weeks for failing to comply with the food safety and quality standards, including leaving the processed noodles on the floor while the product was unlabelled.

“We raided this shop last year and ordered it to improve its hygiene level,” he added.

Mohd Wazir said the closure order was made under Section 11 of the Food Act 1983, and the State Health Department also issued three compounds amounting to almost RM3,000 to the two premises raided. — Bernama