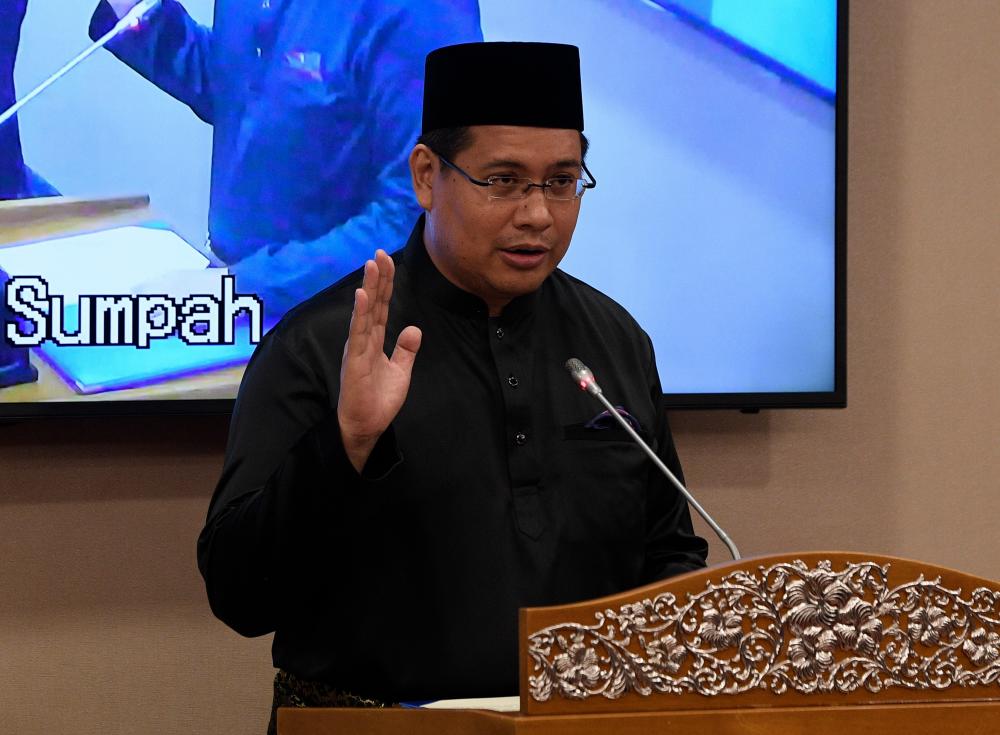 KUALA LUMPUR: The federal government has started holding discussions with the opposition before Budget 2022 to be tabled in Parliament in October.

Deputy Finance Minister, Yamani Hafez Musa (pix), said that the government was committed to discussing with the opposition, following the memorandum of understanding (MoU) on Transformation and Political Stability, signed by the federal government and Pakatan Harapan (PH).

He said this, among other things, was to ensure that the proposed initiatives and measures of the Budget 2022, to prioritise the health and welfare of the people as well as matters related to business continuity.

“In the spirit of mutual agreement, especially in the effort to recover from the effects of the Covid-19 pandemic, and on the concern of the government and the opposition to restore the country, the government hopes that the negotiations on Budget 2022 will run smoothly and can be agreed upon,” he said when winding-up the debate on the motion of thanks for the Yang di-Pertuan Agong’s royal address, for the Finance Ministry (MOF) in the Dewan Rakyat today.

Yamani Hafez also said that the MOF, for the first time, issued a Pre-Budget Statement (PBS) for the 2022 Budget on Aug 31, to increase transparency in the process of drafting budget initiatives as well as to build public confidence in the country’s fiscal management, especially among investors.

According to him, PBS is one of the transformations implemented by the government which aims to provide opportunities to all stakeholders to provide feedback towards the statistics of a budget that meets the needs of the people and is in line with national policies and objectives.

Apart from that, the MOF is also actively conducting various engagement sessions with industry players and non-governmental organisations, including tours to the states to hear feedback and suggestions.

He said Budget 2022 would focus on protecting and restoring lives and livelihoods, as well as rebuilding the country’s resilience.

Meanwhile, on the proposed interest payment exemption for the moratorium on bank loans, he said the government was still discussing the matter with banking institutions, as it involved commercial decisions between the banks, boards of directors and shareholders.

On the proposal to increase the i-Citra withdrawal limit, Yamani Hafez said it needed to be refined and studied thoroughly, besides taking into account the question of balancing between current needs and the importance of retirement savings, with the country expected to experience an ageing population in the next 10 to 15 years.

Govt allocates RM21 mln for PEKB training for B40 group

1.Govt allocates RM21 mln for PEKB training for B40 group

3.Bayern support vaccination but not mandatory, amid Kimmich furore