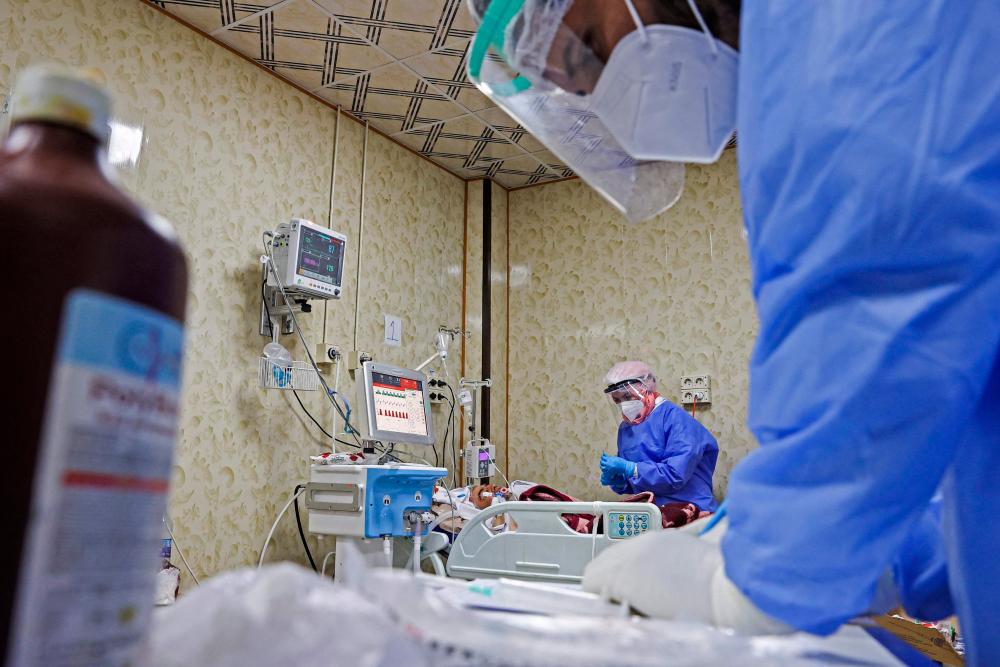 HEALTHCARE has been underfunded compared with global standards. For example, the World Health Organisation recommends 6% of the national GDP to be allocated for public health.

That said, assuming a GDP at the end of 2021 of RM1.5 trillion, this equates to RM90.5 billion – an impractical jump from 2021’s budget of RM31.9 billion, especially considering depressed government income throughout the pandemic.

The minimum 4% has been called for by many health experts in previous years, which equates to RM60.28 billion, almost doubling 2021 allocations.

Galen Centre for Health and Social Policy called for a minimum of RM4 billion to RM6 billion increase in overall budget irrespective of GDP, which could be more doable for the government given its financial constraints.

As battling Covid-19 will likely extend well into 2022 due to immunological uncertainties and virus variants, we need tools that go beyond vaccination.

For example, the US, which has a population of 328.2 million people, has reportedly allocated US$3 billion for antiviral treatments (roughly RM12.6 billion). Scaled to population size, Malaysia would correspondingly require RM1.26 billion.

However, considering Malaysia’s lower GNI per capita, Malaysia may want to consider an initial allocation worth at least a third of this value i.e., RM400 million.

Malaysia also needs to consider specialised treatments such as monoclonal antibodies (mAbs) for those with higher risk of getting severely ill.

For example, 30,000 doses of sotrovimab may cost approximately RM529 million, based on the US wholesale cost of US$2,100 per dose according to online pharmaceutical portal Fierce Pharma.

Assuming current and future vaccines work well against emerging variants, the figure could be lower. For example, in a scenario where a reduced number of cases may only require 12,000 doses would cost RM105.8 million.

Therefore, a mid-range value of RM250 million may be considered as a starting point for biologics, depending on the percentage of high-risk patients.

As a comparison, the Australian government announced on Aug 8 that it had secured 7,700 doses of sotrovimab with an estimate of 8% to 15% high-risk SARS-CoV-2 positive patients.

Of course, new treatments are constantly being developed and this allocation is not only for antiviral medications or mAbs – it may be swapped for other emerging interventions the Health Ministry deems promising, safe and effective.

Relatedly, learning from what was a confusing set of changes in the 2021 healthcare budget, it is hoped that Budget 2022 would be clear and transparent.

For example, next year’s drugs budget may not need to be lumped together under the “medical supplies for medical facilities” under “Program Khusus”. Certain Covid-19 related drugs may be parked under respiratory medicine as it is primarily a respiratory disease.

Given that Covid-19 may result in secondary health complications, a new programme/activity for Covid-19 may be created instead of being pooled in one general line item. Another important allocation to be increased would be Skim Peduli Kesihatan for the B40 (PeKa B40).

As a public healthcare programme for the lowest income group, there is a need to increase budget allocations to accommodate the increasing size of this income bracket.

It is estimated that the “B40” could have increased to “B50” within 2021, therefore an additional minimum of RM20 million is needed.

Given that more households are expected to drop into the B40 group by 2022, RM40 million is proposed to be added, bringing the allocation to RM120 million in 2022, compared with RM80 million in 2021.

For both non-communicable and transmissible diseases, there should be an expansion of budget allocations for both generics and innovative drugs.

The latter requires a bigger share given Malaysia’s apparent preference for generics. As this is likely driven by the relatively higher costs of innovative medicines, some of these could be funded through a larger sin tax system, and collaborations between the private and public sector.

Another programme that requires a budget revisit is psychiatry and mental health programmes. Surprisingly, it was reported that this specific programme experienced nearly 10% reduction in 2021 allocations compared with 2020.

It has been reported that the Malaysian Mental Health Association (MMHA) observed “ ” in stress-related help requests since the start of pandemic. Other issues such as depression, suicide, and domestic violence have also seen an increase.

Economic struggles and disruptions in education are expected to continue in 2022, therefore, prolonging the already-exacerbated mental health issues among students, households and the economic workforce.

Empowering self-responsibility in health as a key social protection component

Head of Galen Centre for Health and Social Policy Azrul Mohd Khalib reportedly mentioned that “we need people to
be healthy, be responsible for their own health and invest in their own well-being to prevent the onset of non-communicable diseases (NCD) and be better prepared for medical emergencies such as catastrophic injuries”.

Aligned with this statement, it is time for the government and the health system (both public and private players) to start promoting and incentivising healthy lifestyles.

As Malaysia strives for universal healthcare, the same mindset of empowering the people with a universal access to healthier lifestyles is needed.

A focus on nutrition must include mechanisms to ensure healthier agricultural and food production processes become the “normal” non-premium standard.

A heftier sin tax should be created not only for cigarettes and alcoholic beverages, but perhaps many other ingredients and chemical substances to fund a special budget for lifestyle-related NCD.

In promoting this, special incentives (beyond tax exemptions) to incentivise healthier lifestyle options such as healthy food, sports equipment, outdoor activities and gym memberships should be included.

In addition to expanding the public healthcare budget, innovative funding mechanisms such a co-payment between public and private players should be considered in order to allow Malaysians better access to new innovative drugs, treatments and health programmes.

Ameen Kamal is the Head of Science and Technology at EMIR Research, an independent think tank focused on strategic policy recommendations based on rigorous research. Comments: letters@thesundaily.com