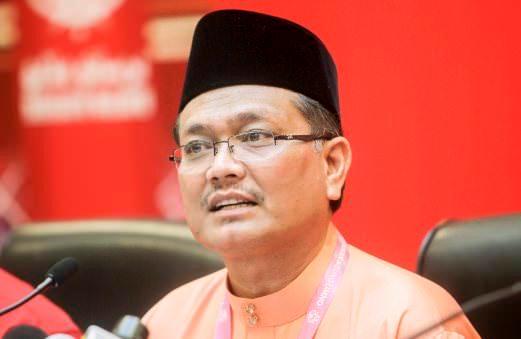 LARUT: The Ministry of Energy and Natural Resources (KeTSA) will get the detailed report on illegal settlements which had allegedly sprouted on the Bukit Malut Mangrove Forest reserve land in Langkawi, Kedah.

Its minister, Datuk Dr Shamsul Anuar Nasarah (pix), said once the report is completed, the ministry will take appropriate action according to the existing regulations.

“The ministry is aware of what has gone viral and caught the attention of various parties,” he told reporters after launching the national-level celebrations of the International Day For the Conservation of the Mangrove Ecosystem 2020 at the Laut Matang Mangrove Eco-Education Centre here today.

Shamsul Anuar was commenting on a local media report that Langkawi residents were urging the Federal government to conduct a legalisation process on the status of about 10,000 Myanmar nationals living in the area and cleanse its image as a settlement for illegal immigrants.

Meanwhile, replying to questions on the three Orang Asli homes on the riverbank at Pos Lenjang, in Lipis, Pahang, which were destroyed by a column of water yesterday, allegedly caused by logging activities in the area, he said the ministry will get a detailed report before making a statement on the incident.

On today’s celebrations, Shamsul Anuar said his ministry was committed to preserving the 50-hectare sea mangrove areas throughout the country by maintaining a 38-hectare area under the 12th Malaysia Plan.

“He said it was important that the sea mangrove forest ecosystem is preserved as the country had 42 of the 52 mangrove flora species in Southeast Asia.

“So we must preserve this ecosystem as it is one of the most threatened ecosystems in the world.

“The rate of depletion of sea mangrove forests is three to five times higher than that of global forests,” he said.

Shamsul Anuar said sea mangrove forests had a high potential as tourist destinations, and gave the example of the pine trees planted in Pantai Senok in Bachok, Kelantan, dubbed as Malaysia’s Nami Island.

”Even in the time of the Covid-19 pandemic, we hope domestic tourists will come to this area as they will become more aware of the efforts to preserve sea mangrove forests,” he said. — Bernama