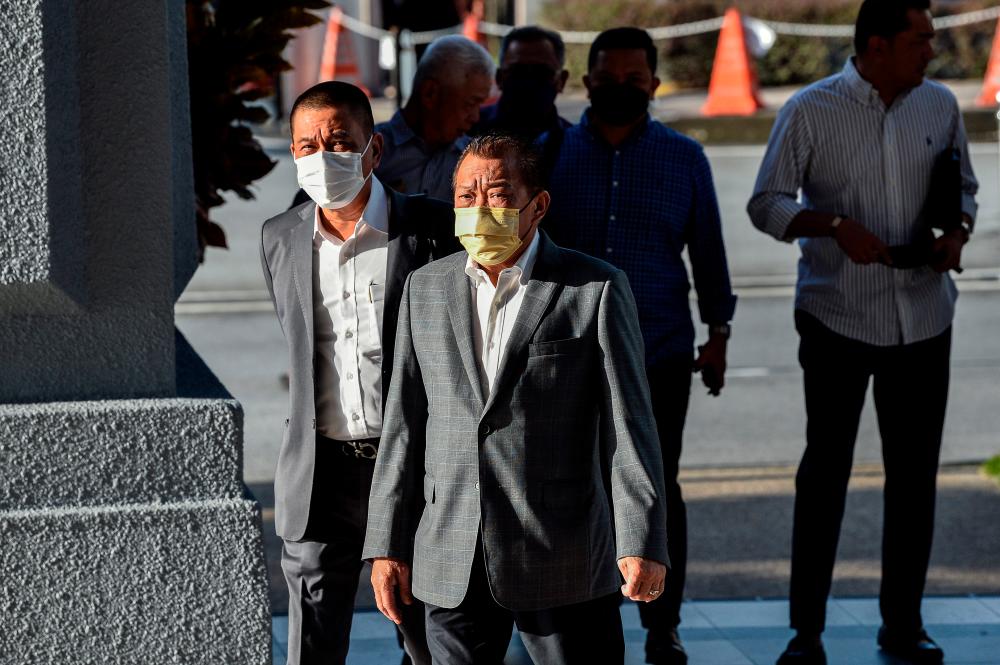 The couple applied to postpone the hearing pending disposal of their applications to review a lower court order which ordered them to enter their defence on the charges.

Judge Datuk Collin Lawrence Sequerah allowed the applications after lawyers M. Athimulan and Datuk K. Kumaraendran, representing the couple, informed the court that the defence had filed a separate notice of motion for a review and to set aside the decision made by the Sessions Court last Sept 2.

“However, we will make an official application to consolidate both review applications for hearing before only one judge,” said Athimulan.

Meanwhile, in a related development, Sessions Court judge Rozina Ayob set this Monday for mention of the couple’s corruption case for parties concerned to inform the court about the progress of the review applications.

Last Sept 2, On Sept 2, she ordered the couple to enter their defence on the corruption charges after finding that the prosecution had made a prima facie case against them.

On May 3, 2019, Bung Moktar pleaded not guilty in the Sessions Court to three charges of accepting bribes amounting to RM2.8 million to obtain approval for Felcra Berhad to invest RM150 million in Public Mutual unit trusts.

According to the first charge, Bung Moktar, who was then the non-executive chairman of Felcra, was accused of accepting bribes of RM2.2 million in cash from Public Mutual’s investment agent, Madhi Abdul Hamid, through Zizie Izette, at Public Bank’s Taman Melawati branch here between 12.30 pm and 5 pm on June 12, 2015.

For the second charge, Bung Moktar is accused of accepting a bribe of RM262,500 in cash from Madhi through the Public Islamic Treasures Growth Fund (PITGF) account number 044797816 registered in the name of Zizie Izette, for a similar purpose.

Zizie, 44, pleaded not guilty to three charges of abetting her husband in the matter at the same place, date and time.