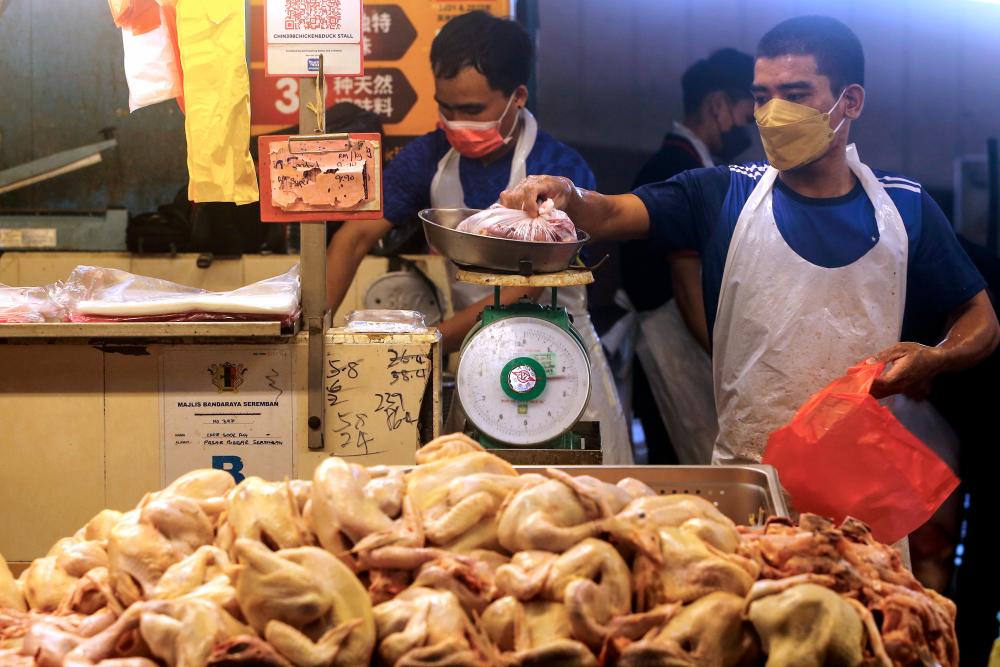 PETALING JAYA: The current global economic crisis is causing food prices to skyrocket in Malaysia, and while the government has removed the requirement for approved permits (AP) to import four essential food items, a businessman and former cabinet minister say more needs to be done to ensure food security in the country.

While importer, wholesaler and retailer Datuk Wira Ameer Ali Mydin thanked the government for abolishing the AP requirement to import milk, round cabbage, coconut, and chicken parts and whole chicken, he said there remain other red tape importers must adhere to.

They include the import permit (IP) issued by the Malaysian Quarantine and Inspection Services Department for biosecurity control at the country’s entry points.

“Chicken importers require an additional document – the halal certification that is acknowledged by the Department of Islamic Development Malaysia (Jakim),” he said.

Ameer said chicken supply is urgently required throughout the country.

“But Jakim has only approved a limited number of overseas suppliers. Now that they (the suppliers) know this, some have combined into a cartel to control their selling prices,” he said.

Checks on Jakim’s website reveal that it has only certified seven suppliers for chicken imported from Thailand.

Ameer also suggested that Jakim make the changes quickly as a food crisis may set in if nothing is done promptly.

The managing director of Mydin Mohamed Holdings Bhd also said while his company appreciates the withdrawal of the AP requirement on food items, other government agencies also need to work together and help curb goods price hike.

“With the ongoing global economic crisis, the prices of everything will rise until the crisis is contained. However, this can only happen by opening free trade, especially for essential food items,” he said, adding that encouraging market competition will help contain food prices.

Meanwhile, former international trade and industry minister Tan Sri Rafidah Aziz said Malaysia’s AP policy is out of date. “Businesses should have the option to research on what consumers need, where the best supplies are, and what price to charge to remain competitive and benefit consumers,” she told theSun.

Rafidah said there should not be any monopolies created by issuing licences to private companies or government-linked companies.

Malaysia’s “Iron Lady” said the government should only lay down relevant measures that directly affect consumer interests and well-being, such as implementing relevant laws and schedules.

“Other matters it must look into include reasonable pricing by monitoring and ensuring enough supplies of food stocks, and preventing hoarding.”

Rafidah emphasised that the government is currently not addressing the problems arising out of disruptions to the global supply chain.

“They must look at the impact of such disruptions, especially the supply of consumer and industrial products. It is important for the government to look into the food security and sufficiency situation,” she said.

Some of the more urgent matters that need immediate attention are the national rice stockpile that has been ignored.

“The food supply and distribution situations must be constantly monitored as they are key to ensuring there are no disruptions or hoarding as a result of undue price increases,” she said.