Cabinet approval is for any motorcycle e-hailing service: Loke 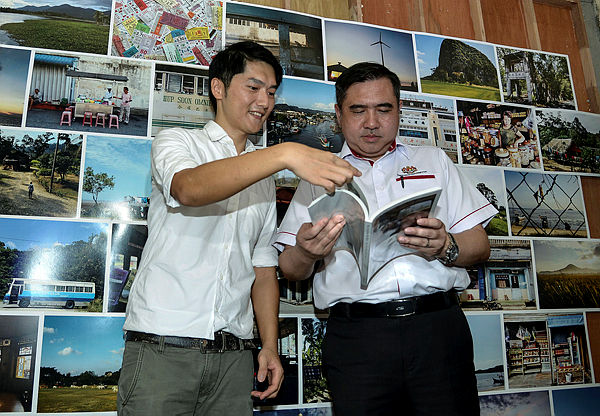 KUALA LUMPUR: The recent approval by the Cabinet for motorcycle ride-hailing to be allowed in the country was not meant solely for Indonesia’s Gojek, but for any similar motorbike taxi services as well.

Transport Minister Anthony Loke said once the proposal for the service is passed in Parliament, any company wishing to operate its service here would be allowed, provided it abides by the country’s laws and provisions.

“A lot of quarters are confused with this issue. Cabinet did not just give the green light to Gojek alone. The approval was for the motorcycle e-hailing service concept.

“At the moment, we are formulating the necessary legislation on how it can be implemented, the licensing aspect, requirements by riders and other matters,” he said after officiating the “My Journey by Bus” exhibition yesterday.

“Once that is done, any company can apply to operate here, be it Gojek or others. We also encourage local companies to get involved.”

Loke was asked to comment on why the Cabinet had decided to allow Gojek, a motorbike taxi service founded by an Indonesian, to enter the Malaysian market, but had barred Dego Ride, a local company, from operating in 2017.

The minister had last year said the government was against any such service in the country due to safety reasons and had warned Dego Ride that action would be taken against the company if it continued to operate illegally.

However, Youth and Sports Minister Syed Saddiq Syed Abdul Rahman last month mooted the idea of a motorbike taxi after a meeting with the Gojek founder and the proposal was later passed in principle by the Cabinet.

Syed Saddiq had stressed that his decision to introduce the service in Malaysia was to create more job opportunities for youths.

Commenting further yesterday, Loke explained that his decision to ban Dego Ride then was because the government had neither approved the motorcycle ride-sharing service nor formulated provisions for such services.

He added the framework for the motorbike taxi service is expected to be completed soon, but said it would take some time before it could be implemented in full.

“Even if the framework is done, it is not easy to implement. We have to conduct tests and (have a) trial period. Amending the law is not easy, it needs to be passed in Parliament as well.”