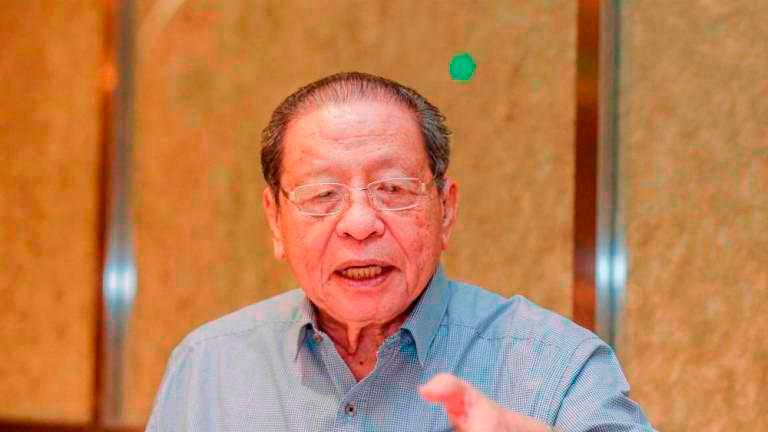 PETALING JAYA: Prime Minister Datuk Seri Ismail Sabri Yaakob has been asked what he will do to ensure that his Cabinet only comprises Ministers who uphold the Rukun Negara.

In posing this question, DAP veteran Lim Kit Siang (pix) expressed doubt that Ismail Sabri would dare to ask his Cabinet Minister to publicly declare support and commitment to uphold the five Rukun Negara principles, and dismiss Ministers who are not prepared to make such a public commitment.

“It would result in him losing the premiership and making him the Malaysian prime minister with the shortest tenure on the post, shorter than (Tan Sri) Muhyiddin Yassin,” Lim said in a statement today.

In welcoming Ismail Sabri’s statement that his “Keluarga Malaysia” concept is based on Rukun Negara and that the National Unity Plan 2021-2030 is an effort to restore the original dream of unity expressed in the five principles of Rukun Negara, Lim pointed out that the plan got off to a bad start.

“But the National Unity Plan got off on a bad start when the Unity Minister, Halimah Mohamed Sadique dared not answer questions about the issue surrounding the new signboards for several publicly-funded Chinese primary schools in Pahang, passing the buck to the Education Ministry and the Pahang State government,” Lim said in a statement today.

“The National Unity Plan cannot be beautiful on paper but with no effect or worth on the ground, as it must be an overarching plan affecting every Ministry and all state governments, with the Unity Minister mandated to correct all deviations and idiosyncrasies of any Ministry or any State Government.

“The Unity Minister must have the mandate and the authority to intervene where any Ministry or state government contravenes the objectives of the National Unity Plan to ensure that there is national unity in the country.”