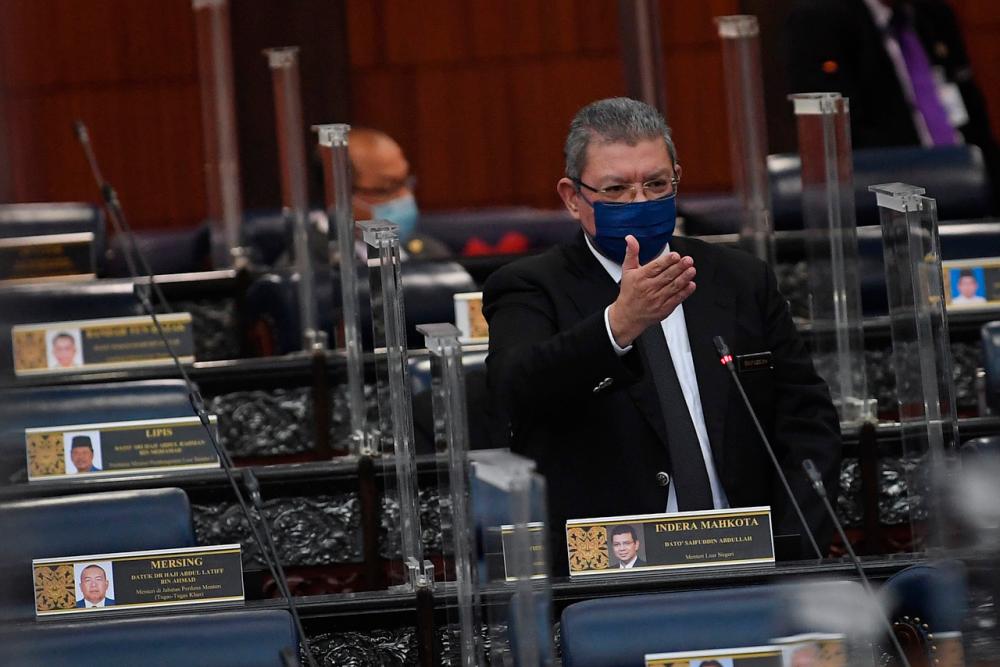 KUALA LUMPUR: The Cabinet meeting tomorrow is expected to deliberate on the issue of Malaysian mothers whose children were born abroad as a result of marriage to foreigners not getting citizenship because there is no provision in the Federal Constitution to allow it.

Foreign Minister Datuk Seri Saifuddin Abdullah (pix) said the government is ready to look in detail in terms of policies related to this matter to help solve the problem in the best way.

“The cabinet has decided that tomorrow’s meeting will invite Attorney-General Tan Sri Idrus Harun to give advice on how we should move on.

“It (the issue) received a very positive response from my Cabinet colleagues. This is a very serious issue. It is an issue of discrimination and human rights,” he told reporters after receiving a petition and an open letter on the matter to the Cabinet from Family Frontiers Malaysia outside Parliament today.

He said the matter was brought up at the Cabinet meeting last week by Women, Family and Community Development Minister Datuk Seri Rina Mohd Harun.

Saifuddin said yesterday, Home Minister Datuk Seri Hamzah Zainudin when winding up debate for his ministry in the Dewan Rakyat had clearly mentioned that the government would refer the matter to the Conference of Rulers with the intention of implementing constitutional amendments.

“This is because under the Constitution, citizenship matters involve the consent of the Conference of Rulers,“ he said.

On Sept 9, the Kuala Lumpur High Court ruled that babies born abroad to Malaysian women who marry foreigners are automatically entitled to the country’s citizenship.

High Court Judge Datuk Akhtar Tahir ruled that the word “father” in the Second Schedule of the Federal Constitution should mean and include mother.

However, on Sept 13, the government decided to file an appeal to quash the High Court’s decision.

Family Frontiers Malaysia is a non-governmental organisation that is defending mothers who are affected by the citizenship law through its #TarikBalikRayuan (#Withdraw the Appeal) campaign.