Calls for MACC to be remoulded 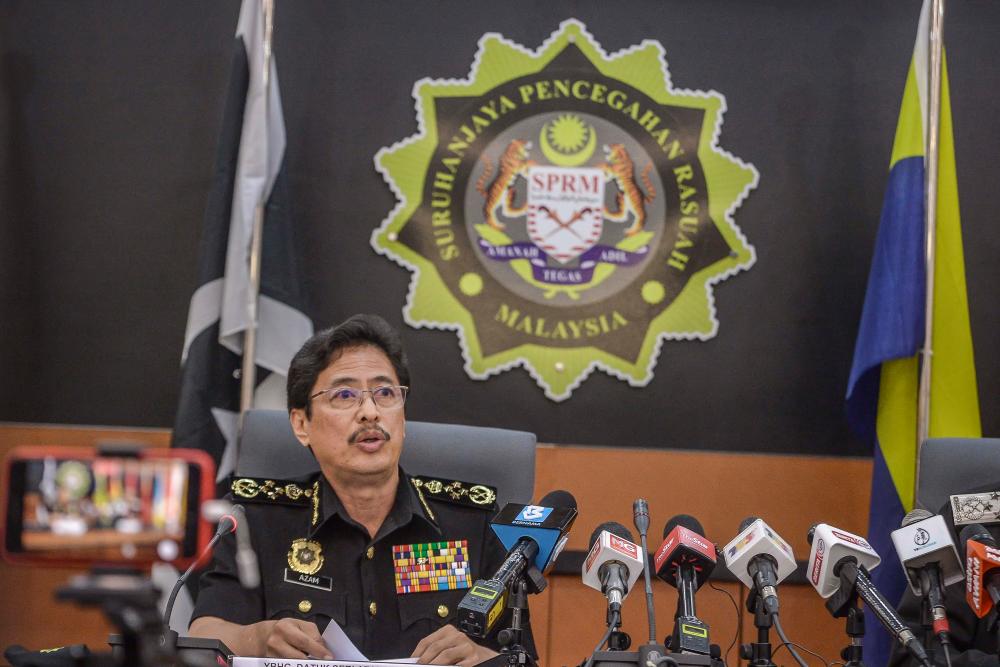 PETALING JAYA: With its integrity on the decline due to recent controversial events, two former members of the Malaysian Anti-Corruption Commission (MACC) advisory board have called for an immediate revamp of the commission to regain public confidence.

Following the withdrawal of 29 corruption charges against Federal Land Development Authority board member Datuk Noor Ehsanuddin Mohd Harun Narrashid, 56, earlier this month, the last straw that broke the camel’s back was the silence and lack of transparency by the commission’s higher-ups on the arrest of three MACC officers over an internal probe on the misappropriation of over RM25 million last week.

“It paints an ugly image in the eyes of the public. There have been no less than three cases of MACC officers being involved in crimes this year.

“The rotten apple theory here is lame, erroneous and not applicable. It is just a small agency but it seems to have major issues.

“The MACC is a body that should be impeccable in ethics and integrity. The chief commissioner should be held accountable. The whole commission has to be revamped and replaced with individuals of high integrity and credibility,” said the former independent panelist of the MACC operations review board.

The criminologist said as the disappearance of the funds was criminal in nature and as per procedure for civil servants, the MACC had failed to use its professional discretion by lodging a police report.

He said while the police investigate the matter, it was acceptable for the MACC to conduct its own probe in tandem.

However, Sundramoorthy said it is improper that the case is being treated as an “internal matter” and investigated within when it should be carried out by an independent agency such as the police.

He also questioned the standard operating procedures of evidence storage by the MACC, which appears to have major flaws.

“Had the case not been exposed by a blog, would it have become public knowledge? Why was there no transparency in the case? No statements were issued prior to the expose. The Prime Minister’s Department should have also issued a statement. The quantum of cash is not a small sum that can be slipped into one’s pocket. It has to be carried in boxes or bags.”

Sundramoorthy said the MACC revamp should see its leadership being replaced by those with high integrity, and not necessarily by those with a background in enforcement.

“Investigations are a science but it is not rocket science. Bring in capable individuals from the general public who can be trusted and have high morals,” he said.

Veteran journalist R. Nadeswaran, who was also a former member of the MACC advisory board, said the case is a disgrace and has turned the commission into a laughing stock. He agreed that the police should step in to undertake the investigations.

“Looking at the bigger picture, could this be a huge conspiracy? Perhaps a prelude to bigger fishes getting off the hook? The MACC cannot be the judge of its own case. The chief commissioner should first step down and make way for succession.

“The case should then be investigated by a special police team of senior officers. The case has tarnished the image of the commission and the public will no longer have trust and faith in it,” said Nadeswaran.

The cash in US currency was seized from an apartment in Cyberjaya in 2018 and kept as evidence by the commission in the corruption case involving former director-general of the Malaysian External Intelligence Organisation Datuk Hasanah Abdul Hamid.

In April, Hasanah was granted a discharge not amounting to an acquittal.

The seized cash was to be handed to her to be returned to the Treasury, but she found a large amount of it had been pilfered and replaced with counterfeit bank notes.

Following this, three senior MACC investigation officers were placed under probe. The trio, who are in their 30s and 40s, and have been in long service with the MACC, were remanded for six days last week before they were freed last Sunday.

The case appeared to be hushed up by the MACC and when the media tried to contact the top boss, Datuk Seri Azam Baki (pix) and his deputy, Datuk Seri Ahmad Khusairi Yahaya, they were not reachable, until a blog exposed details of it last Saturday.