Can Malaysia achieve 40 per cent recycling rate by 2025? 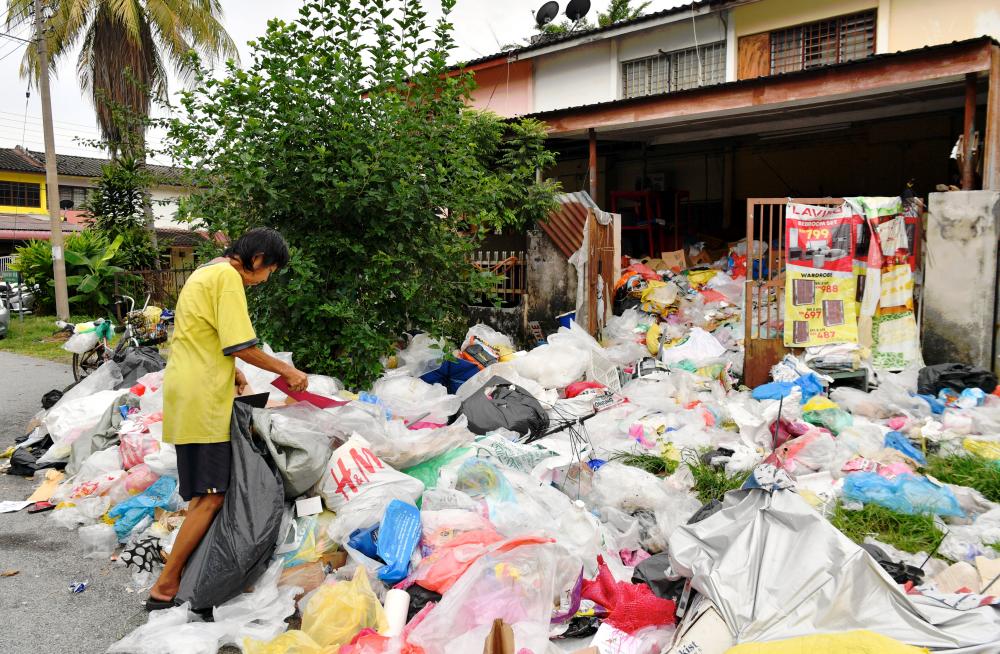 KUALA LUMPUR: Every year, Malaysia loses an estimated RM476 million in recyclable resources in an industry that is considered as high value simply because recycling practices have yet to become a norm in this country.

According to data obtained from the official website of the National Solid Waste Management Department, paper and plastic materials constitute the bulk of waste sent to landfills, with the former making up about 17 percent – equivalent to a value of RM205 million in the recycling industry – and the latter nine percent (valued at RM163 million).

Most Malaysians are unaware of the high commodity value of the rubbish they generate. Their ignorance is reflected in the nation’s recycling rate which stood at around 31.52 percent in 2021 despite campaigns by the government to encourage the public to practice the 3Rs – reduce, reuse and recycle – since the 1990s. Most developed countries, in contrast, have high recycling rates of over 60 percent.

“Based on the latest data, Malaysia’s population is estimated to grow at a rate of 2.4 percent (an addition of 600,000 people) every year, which will worsen the garbage generation situation. As it is, an estimated 14 tonnes of garbage is expected to be collected throughout 2022, which works out to nearly 40,000 tonnes a day – an estimated 95 percent of which will end up in landfills,” she said.

Medical waste contributed to the spike in solid waste disposal after the COVID-19 pandemic started in March 2020 due to the widespread use of face masks and COVID-19 self-test kits that are disposed of as domestic waste and not as clinical waste.

The destruction caused by the massive floods that hit six states at the end of December 2021 also led to the generation of some 82,850 tonnes of solid waste.

As to whether Malaysia can realise its 40 percent recycling rate target by 2025, Haliza opined that it will not be easy to achieve this target within the next three years. Basing her assumption on the low uptake of recycling initiatives by Malaysians, she said the target cannot be achieved unless progressive steps are implemented and the people give their commitment to recycling efforts.

“If we were to look at the recycling trend in our society, we can see that its development has been rather slow. For example, it took the nation 21 years to achieve the 31.52 percent recycling rate last year.

“I believe that the recycling rate went up during the MCO (Movement Control Order) because people had time to recycle their waste,” she said.

The government, meanwhile, is gauging awareness of environmental care among youths via a study that started in April 2018 and scheduled to be completed this month-end. It involves 384 respondents aged between 15 and 30 in the federal territories of Kuala Lumpur and Putrajaya.

Preliminary findings of the study indicated that awareness of the importance of reducing waste in landfills and its impact on the environment’s sustainability was generally high, with 94.5 percent of the respondents having an understanding of these issues.

However, 40 percent of the respondents cited time constraints and their busy schedules as the prime reasons for not recycling their waste.

While it is wasteful to send solid waste – which can otherwise be recycled into commodities that can potentially contribute to the nation’s economy – to the landfill, it also spells higher waste management costs for the authorities.

According to the Solid Waste and Public Cleansing Management Corporation (SWCorp), the government has been spending RM1.9 billion a year on the management of solid waste and public cleansing since 2015.

Commenting on this, Haliza said waste management costs will rise in tandem with waste generation. Besides that, Malaysia no longer has suitable land left, especially in urban areas, to be converted into new landfill sites.

“Each (existing) landfill site can only be used for a period of between 15 and 20 years... after that, it cannot be used because of its unstable condition due to the many chemical substances stored at the site,” she explained.

Haliza, who is also head of the Youth in Leadership, Politics and Citizenship Laboratory at UPM’s Institute for Social Science Studies, said a rise in greenhouse gas emissions is among the impacts on the environment brought about by the poor management of solid waste. Greenhouse gases will contribute to global warming and climate change which can cause extreme weather events.

She said landfill sites also release methane gas which is 20 times more hazardous to the environment than carbon dioxide.

Landfills also cause various other problems such as odour pollution and water pollution, which can occur through the infiltration of leachate into groundwater sources. (Leachate refers to any contaminated liquid generated from water percolating through a solid waste disposal site.)

“Leachate contains toxic contaminants and various heavy metals such as cadmium. It has to be managed systematically because it can pollute rivers that constitute sources of raw water supply and can release substances like ammonia,” added Haliza.

She said the impact of this unsustainable management of solid waste should not be taken lightly by the authorities and society as well because it can result in catastrophes and have adverse effects on public safety and health and the environment.

Meanwhile, questioning the effectiveness of the Solid Waste and Public Cleansing Management Act 2007 (Act 672), Haliza said in her view, the implementation of the Act has been in a “sad state of affairs” of late.

Under the Act, which was enforced on Sept 1, 2015, it is compulsory for every household and business premise owner to segregate waste at the source.

She said even after seven years of its implementation, there has not been much improvement in the recycling rate. In fact, she added, many people forgot about the Act as soon as the public campaigns regarding the new law died down.

According to Haliza, one of the main factors Act 672 is seen as not being effective enough is its lax enforcement – domestic garbage is collected even though it is not segregated as required by the law. The rather low compound of up to RM1,000 imposed on those who refuse to separate their waste is another reason for the “failure” of Act 672.

Also, not all the states have agreed to comply with the Act. To date, five states – Kelantan, Terengganu, Selangor, Perak and Penang – have yet to sign the Solid Waste and Public Cleansing Management Agreement as required under Act 672.

He said parents and adults should set a good example to children and youths by practising recycling and waste segregation.

“Apart from that, competitions that encourage the practise of recycling and appreciation programmes for children and youths who successfully practise waste segregation should be mainstreamed to encourage others to practise this culture voluntarily.

“Incentives such as prizes and medals can act as a catalyst for such noble efforts,” he said, adding that the ability to generate an income through recycling initiatives will also serve as an incentive to the public to take up recycling as a sustainable activity. - Bernama 2.Ringgit slips further against US dollar at opening

5.Guitarist Santana collapses on stage after he ‘forgot to eat and drink water’