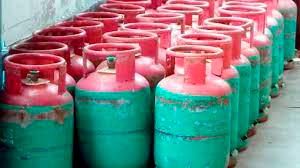 PETALING JAYA: The authorities have been urged to come out with mandatory safety standards for cooking gas cylinders.

The Consumers Association of Penang (CAP) made this call after a recent case of a doctor who is battling for his life after a gas explosion left 95% of his body covered in burns.

“In Malaysia, gas leaks causing explosions have resulted in numerous injuries and deaths over the years,” CAP president Mohideen Abdul Kader said in a statement today.

“According to a doctor, gas explosions are currently one of the most common reasons for admissions to the nation’s burns units, and because of the complexity and severity of such cases the majority have to be managed in the government hospitals, requiring high intensive care.

“The mortality is very high, and roughly corresponds with the surface area of the body involved, for example if it is an 80% the mortality is as high as 80%.”

He said in most cases if the victim is able to survive the first 24 hours they will encounter multi-organ complications, infection and organ failure, which all accounts for the high mortality.

In cases where the victim survives, hospitalisation is often for a period of six months or more, with lengthy rehabilitation post discharge, and if they are ever able to resume work it will be a long time, he added.

In a gas explosion, the leak can occur at the cylinder valve, or in the connecting rubber hose, or at the oven valve. Each type of leak needs to be treated differently.

“Almost every Malaysian household has at least one stove which uses gas (in cylinders) for cooking,” Mohideen said.

“Even though it has been in widespread use by consumers in Malaysia for more than 50 years there is not much information and education available for consumers on the proper use and maintenance for cooking gas cylinders. And many of the cylinders used may be old, rusted and poorly maintained.”

CAP called on the authorities to:

● Come out with mandatory safety standards for cooking gas cylinders.

● Provide safety procedures on cooking gas use and during emergencies.

● Make it mandatory for cylinders to carry an expiry date for the cylinder, valve, hose and regulator.

● Have regular inspections on the gas cylinders used;

● Ensure that all parts including the rubber O-ring conform to Standards;

● Establish an agency for testing the cylinder and other related items;

● Establish a regulatory agency for the cooking gas industry.

It also advised consumers to:

● Check the condition of the gas cylinder before using. Pay attention to the rubber seal inside the cylinder head (after the cap is removed). The seal prevents leaks after the regulator is inserted

● Replace the hoses and clips every two years, and the regulators, every five years

● Avoid over boiling from pots. Spilled soup/gravy can get into/block the gas flame holes

● Not put weights like heavy books on top of the tank’s regulator if the gas is not released. If this occurs it is time to change the regulator

● Turn off the gas source and do not switch on or off electrical devices if there is a gas smell. This will prevent electrical sparks from setting the gas on fire or causing an explosion.