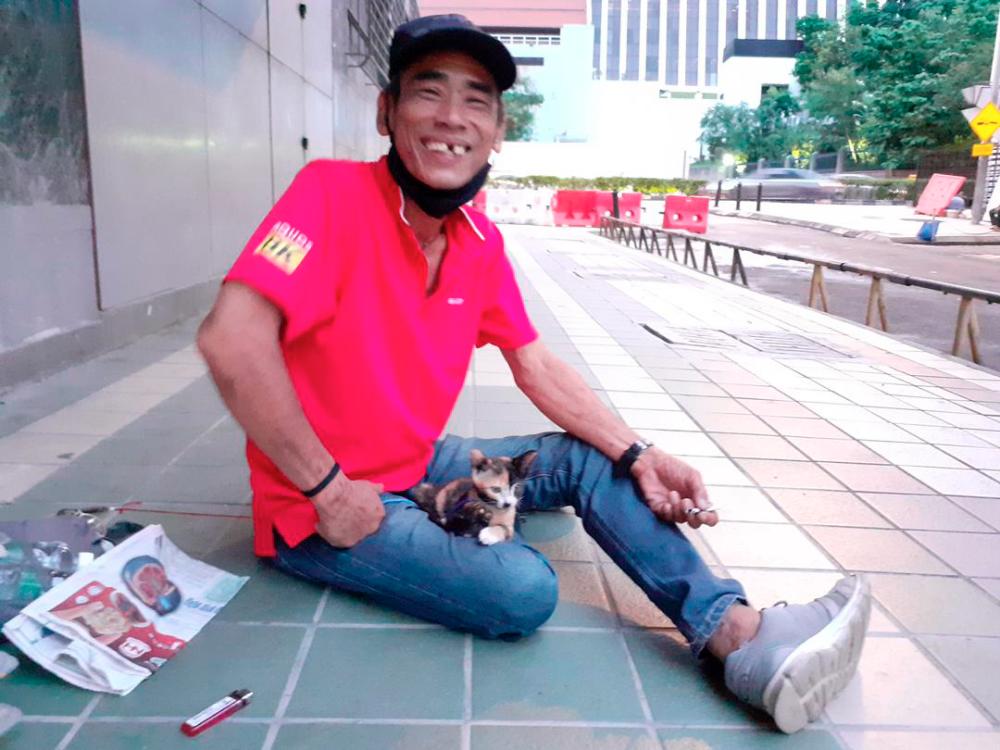 There are more that 2,000 homeless people roughing it out in Kuala Lumpur.

PETALING JAYA: Illicit drugs have ruined countless lives, including that of a former budding footballer.

Mohd Rosdi Shamsuddin, 50, has been alternating between life on the streets in Kuala Lumpur, drug rehabilitation and prison for almost three decades.

Ironically, he left Kampar, Perak when he was 18 to run away from an early drug problem. He was kicked out of his school football team after failing a urine test for substance abuse.

“I grew up surrounded by drugs, especially my friends who were on it. I wanted to get away from it, from friends who kept encouraging me to use it,” he said.

“I tried ganja when I was nine years old. My parents had problems, they fought a lot, and later got divorced. But it was not their fault that I got involved in drugs.”

With a little more than bus fare in his wallet, he took off for the capital city with hopes for a better life.

He initially put up with friends. After several odd jobs, Rosdi saved enough to open a small corner stall selling drinks. He was making about RM2,000 a month, which was a princely sum for someone in his 20s then.

He even had three helpers to run his business. But he blew it all on heroin, which cost RM60 a straw that weighs 2.7g.

The long arm of the law caught up with him and he was jailed five years for possession with intent to distribute.

He was in and out of rehabilitation several times, each time believing he had kicked the habit for good.

“I’ve only been released last November. I am back sleeping on the streets,” said the resident of Kuala Lumpur’s version of cardboard city.

The meals provided by soup kitchens at various parts of the city in the evenings have been a blessing for homeless folk like Rosdi.

There are about 2,000 homeless people roughing it out under bridges and on sidewalks in the city, according to Kuala Lumpur City Hall’s estimate.

Rosdi’s story of broken dreams and shattered lives is all too familiar, but a bigger plan to help the homeless is needed to prevent more from falling through the cracks.

Social activist Prof Datuk Dr Denison Jayasooria said a multi-stakeholder committee that includes the corporate sector can be formed to help the homeless.

“A long-term sustainable programme is needed, rather than handouts that are short-term,” he said.

“City (Hall) officials can be the point of contact, following which a serious protection programme for the community can be created.

“It takes more than political will to help them, as each one’s situation is different.

“It is about providing a good quality of life and uplifting the dignity of every homeless person.

“The situation at present is giving handouts, which although a noble act, does not resolve the issue. Thus, an in-depth study of the community needs to be done, and that means to meet them at the ground level.”

Denison added that different entry-point jobs could be created by corporate entities to help the homeless get back on their feet.

“There is no exact definition to the word ‘homeless’,” he pointed out.

“To our understanding, it is a person that has no home, but in reality, it (includes) the rural to urban migration.”

The migration rate of the rural population to urban areas in 2018 was 4.8%, according to then Rural Development Minister Datuk Seri Rina Harun.

“Norway tapped into its natural resources, that is oil, which then uses the profits for its citizens,” he said.

“The current ad hoc (aid) system exists because we were rushing to become a developed nation, but instead we now have 5% of our household in poverty.

“Balancing the economic development and the poor should be the priority. The measure of economic well-being should not be materialistic only, but happiness must be measured too.”