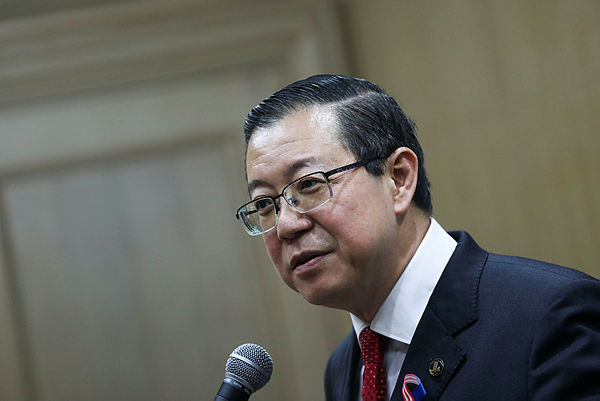 KUALA LUMPUR: Utilising the cashless system in the country can reduce corruption, according to Finance Minister Lim Guan Eng (pix).

“Corruption happens because of money. Practising the cashless system makes it easy to trace corruption as it has a paper trail,” he said in his keynote speech at the We Chat Pay launch today.

Citing Bank Negara Malaysia’s data, Lim said cash worth RM106 billion was circulating in the economy in 2018 or about 7.4% of GDP.

The decrease in use of cash is attributed to the wider application of mobile and online payments in Malaysia.

“In contrast, a largely cashless economy would have around 2.0% cash in circulation or lower, based on the International Monetary Fund’s calculation,” Lim said.

He added that even though the adoption of e-wallet in Malaysia is still low compared to cards and online banking, the local industry offers tremendous growth potential.

Hence, he said it has attracted China’s Tencent International Business Group, the owner of the WeChat platform, to choose Malaysia as its first business expansion destination outside China.

“It is not WeChat’s alone, foreign investors are coming to Malaysia in droves and approved Foreign Direct Investment across all sectors rose 48% to RM80.5 billion in 2018 compared to RM54.4 billion in 2017,” he said.

We Chat Pay Malaysia CEO Jason Siew said Malaysia is one of the standout emerging markets that has quickly adopted mobile payments.

“We are currently working on expanding our merchant base to include more outlets and with growing number of merchants and users, WeChat Pay MY is now looking to further empower a secure and convenient digital lifestyle in Malaysia,” he said.

“We will also come out with solutions to enable users to purchase petrol via its service.

“Users can select a petrol station, key in the amount of fuel that they would like to purchase and once they arrive at the kiosk, a camera will detect the car plate number to activate the pump,” he added. — Bernama