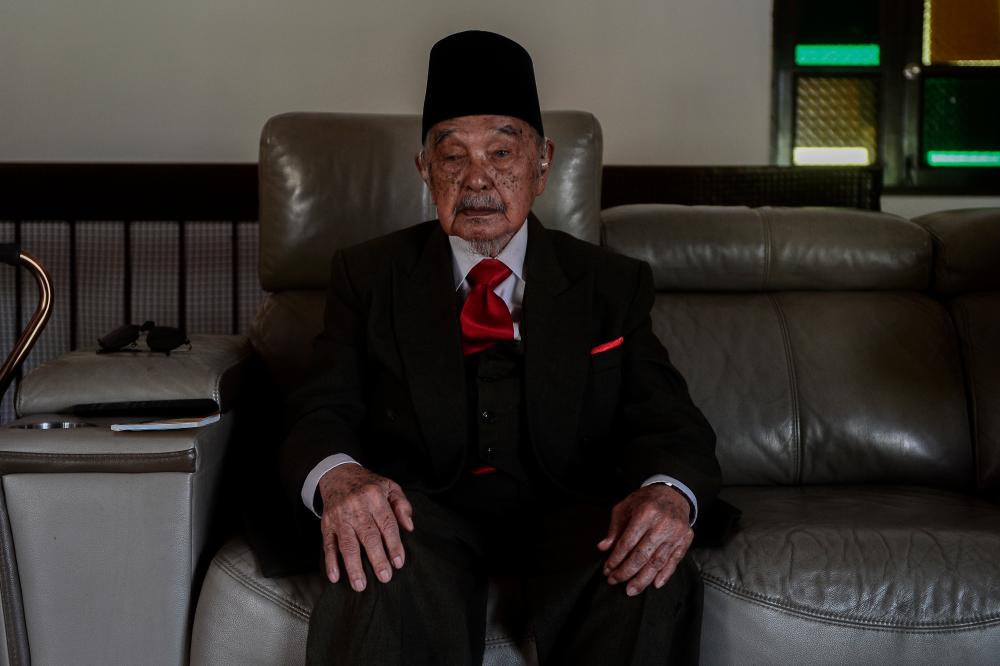 KUALA LUMPUR: Practising a healthy lifestyle such as exercising and keeping to a balanced diet from a young age is former teacher Bahrum Basar's(pix) secret to continuing to be strong even though he has hit the century mark.

Bahrum celebrated his 100th birthday yesterday (Sept 25). He still does the same daily routine of walking every morning, accompanied by one of his children, to maintain his health both physically and mentally.

Among his other practices include watching his diet -- eating the required quantity (of food intake) and increasing his consumption of vegetables and fruits. He does not ascribe to any taboos in considering his diet.

“I hold on to the science of eating when hungry and drinking when thirsty. We know how much people want (need) to eat and drink,” he told Bernama when met at his son's residence in Damansara Heights, here, yesterday.

Baharum is different from most peers in his age group. He is still fit to do activities, and even skilled in the use of technology such as a laptop to access reading materials.

He said that every morning he would read electronic newspapers to keep up with current local and global developments to stimulate his mental alertness.

At a young age, the native of Kerling, Selangor, travelled extensively throughout the country and has lived through various eras, including during the Japanese Occupation of Malaya in the 1940s, and had even taught at a Japanese school in the capital.

Bahrum, who married his late wife Rasinah Nazar on April 8, 1951, has been blessed with 11 children, and is now the grandfather of 28 grandchildren and 25 great-grandchildren.

Before his sixth child was born, he decided to settle in his wife's village in Lenggeng, Negeri Sembilan in 1961 and worked in agriculture such as orchards and paddy fields.

When asked his thoughts about the Covid-19 vaccine, the author of the autobiography “Gedung Cinta Kunci Setia”, said he was very open-minded to receive the vaccine jab in line with the government’s efforts to curb , and protect the public from, the Covid-19 virus.

“I have been vaccinated. After taking the Covid vaccine, I feel confident to go out on my daily routine. It (taking the vaccine) is a good thing, don’t be afraid,“ said Bahrum, who was fully vaccinated recently. -Bernama

1.Malaysia joins the rest of the world in celebrating UN Day today

4.Turkey to expel US envoy and nine others, Erdogan says