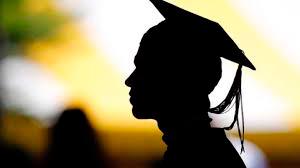 PETALING JAYA: Private education is on a sickbed. Continued restrictions on new enrolment of foreign students may soon sound the death knell for many institutions of higher learning.

Many are bracing for another bad year and stakeholders said some are likely to wrap up their last lectures soon if the freeze on new enrolment is not eased or lifted.

Malaysia also risks losing its position as a choice destination for higher learning if foreign students continue to be turned away.

The most badly affected are institutions that depend largely on foreign students to fill their lecture halls, such as the Limkokwing University of Creative Technology (LUCT).

Founder and president Tan Sri Lim Kok Wing said foreign students will shy away from making Malaysia their first choice to further their studies if the restrictions are not lifted soon.

Private educational institutions have had to put new enrolment on ice after the first movement control order (MCO) was imposed in March last year to curb the spread of Covid-19.

“The continued lockdown will mean that there will not be any new foreign students. They will have no choice but to seek alternative institutions in other countries,” Lim told theSun yesterday.

“It will be a major loss for Malaysia. It has taken us decades to build up such a high level of confidence among these young people and their parents,” he added.

students form the core of the enrolment at LUCT.

Lim said while it is understandable that the government has to be firm, he felt there should be consultation with such institutions before any decision is made.

“This will ensure that the most practical steps are taken to prevent closures that can create pain and problems instead of reducing them.”

In November last year, the Malaysian Association of Private Colleges and Universities (MAPCU) urged the government to formulate a policy to ease enrolment of local and international students to ensure the survival of private institutions of higher learning.

MACPU said the Education Ministry could start by allowing private colleges and universities to take in students based on their performance in the Sijil Pelajaran Malaysia examinations to make up for the shortfall caused by the decision to stop the intake of foreign students.

Meanwhile, institutions such as SEGi University and Colleges Malaysia have begun to focus on the needs of students who have already enrolled or are midway into their courses.

“We have started to allow students into the campus, subject to strict adherence to standard operating procedures (SOP) set by the National Security Council and the Health Ministry,” a spokesman for the institution told theSun.

“We also have fully online classes as well as hybrid classes to enable research activities and use of laboratory facilities.”

Only students who require practical and clinical training or those who need to use the laboratory or studio are allowed on campus, and they are required to adhere strictly to the SOP.

Another new development at SEGi is the conducting of lectures through a combination of “live” and pre-recorded tutorial sessions, beginning March 1.

The SPM examinations are set to begin on Feb 22, after which a sizeable proportion of students nationwide will begin preparations for tertiary education.