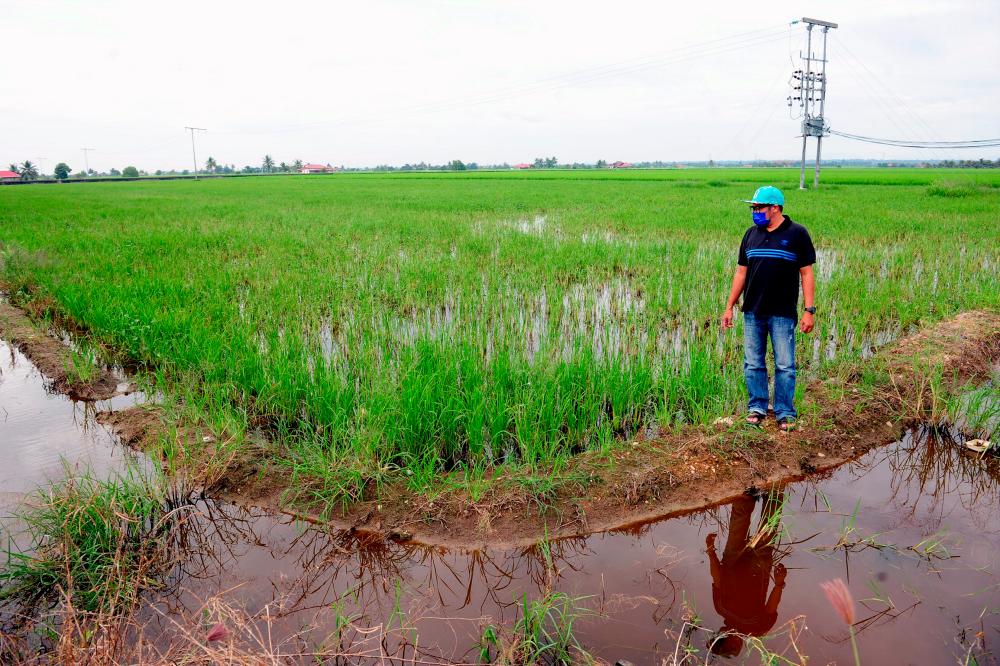 KUALA LUMPUR: In the rice bowl of Selangor, Tanjung Karang, July is the time when the paddy farmers embark on their second round of cultivation for the year.

Harvesting is set for November but the yields may not meet their expectations. This is because instead of the usual hot weather, this time around in July there was frequent heavy rainfall which caused flooding in some parts of the paddy fields and damaged the seedlings.

Besides Tanjung Karang, which lies in the northern part of the state, and nearby areas such as Sekinchan and Sabak Bernam which borders Perak, other parts of the country have also been impacted by weather uncertainties brought about by the effects of climate change.

Climate change, an issue that is affecting the whole world, is happening as a result of global warming which, in turn, is caused by greenhouse gas (GHG) emissions that have reached worrying levels.

The world may have to face the devastating effects of extreme weather events and natural disasters if no drastic steps are taken to address climate change, including reducing GHG emissions.

Fairuz Zzaini Mohd Toif, 36, a paddy farmer in Tanjung Karang, said changes in the weather pattern have been occurring since 10 years ago but they have become more visible over the last five years.

For example, three years ago his area experienced prolonged hot weather which affected his crops’ growth and output as well.

“These days, the weather is unpredictable. The wet monsoon usually starts at the end of November but this year, we had heavy rainfall and thunderstorms in September itself.

“The heavy rains caused the sea tide to rise and our paddy fields were inundated with water. The storms also damaged some of our rice crops,” he told Bernama.

Fairuz Zzaini, who has been cultivating paddy on his 12-hectare family-owned plot of land for the last 15 years, said there are two rice planting seasons a year and over the last three years, the income he generates from each season has dwindled by almost 60 percent.

He said his income was impacted not only by the reduced yield but also by his higher costs as he had to address the effects brought about by prolonged dry weather and unusually heavy rains.

“When the El Nino phenomenon caused extreme hot weather, I had to pump water into the paddy fields to ensure there is enough water for the plants to grow well and produce good yields. Then, when it rained heavily and floods damaged the seedlings, I had to spend more money to get new seedlings for replanting,” he said.

He also said that the weather changes have led to the emergence of new disease-causing pests for which he had to dish out more capital to buy pesticides.

Suhaili Samsuri, 40, a paddy farmer in Sekinchan, is facing similar problems too. He has been seeing extreme changes in the weather since the year 2000 and his income has been affected by the higher planting costs and lower yields.

“During hot weather, the high temperatures are not suitable for paddy which requires water all the time. On the other hand, heavy and extreme rainfall can cause flooding which will affect the paddy’s growth and even destroy them,” he said.

Suhaili has also been seeing the emergence of new pests which, he said, destroy the crops rapidly.

“My pesticide costs have increased by 30 percent,” he said.

For the record, the Ministry of Agriculture and Food Industry’s Padi Crop Disaster Fund has disbursed an estimated RM128.8 million to farmers affected by floods and RM21.6 million to those affected by droughts between 2017 and 2021.

Climate change clearly has an impact on the agricultural sector, particularly in relation to food security, which makes it all the more crucial for the government to draw up effective measures, including policies, to address the host of threats posed by climate change.

Universiti Kebangsaan Malaysia Faculty of Science and Technology senior lecturer Dr Saiful Irwan Zubairi said discussions at the global level have been focusing on the decreasing outputs in the agricultural and fishery sectors and their impact on food security.

This has been a hot topic lately based on models revealing the current and future impact of greenhouse gases. The United Nations Intergovernmental Panel on Climate Change’s latest report predicted an increase of between 1.1 and 6.4 degrees Celsius in the earth’s surface temperature by the year 2100.

Said Saiful Irwan: “Basically in the agricultural sector, two main factors are triggering its losses and crop destruction and impacting its productivity, namely the rise in temperature and the change in the rainfall distribution pattern which has become erratic.

“The change in the weather pattern can affect food production, as well as agricultural resources, as the temperature rise has a direct impact on the habitat structure, food supply and availability of existing resources.”

He told Bernama the main consequence of climate change is the expected rise in sea level which can lead to the inundation of fertile agricultural lands in countries with land areas below the sea level, such as Holland and Jakarta, Indonesia.

However, according to the Japan Aerospace Exploration Agency’s latest data (August 2021), changes in the Arctic ice sheet mass balance showed that the melting and formation of ice in the polar region has been stable since 2002.

“This indicator has not yet shown any major impact on the current global climate but it (global warming) should be taken seriously and preparations must be made to face natural disasters that may occur in future (due to climate change),” he said.

Saiful Irwan said experts in the field of food technology have said that rising global temperatures would have continuous, temporary and permanent impacts on food security.

The continuous impact would be changes in crop yields due to saltwater intrusions in coastal areas (resulting from the rising sea level) that are mainly inhabited by fishermen while the temporary impact would be failed harvests due to extreme weather changes which can influence the emergence of unexpected pests and disease outbreaks.

The permanent impact, meanwhile, would be the loss of land that cannot be rehabilitated due to the rising sea level.

“Marine ecosystems are also under threat because the effects of climate change, such as temperature rise and saltwater intrusions, can disrupt the stability of the complex ecosystems and food chains,” said Saiful Irwan.

In terms of the implications of climate change on food security, the availability of sufficient food and its accessibility by the people are issues to ponder upon, he said, adding that it is crucial that policymakers assess and address the impending threats to food security.

He suggested that the government implement long-term and short-term measures to address the threats to food security. Long-term measures can include the introduction of special research grants for the development of more resilient crop species (via genetic manipulation) and soil resources enriched with genetic macro- and micro-elements that can withstand the effects of extreme weather changes.

As for the short term, the most important thing the government can do is to encourage people to switch to a healthier and more sustainable diet in order to reduce GHG emissions.

“A healthy and sustainable diet will mean (reducing meat intake and) consuming more grains, fruits, legumes and vegetables. But making changes to one’s diet will depend on a person’s level of awareness on the issue (of climate change),” he said.

According to the Food and Agriculture Organisation of the United Nations, the global livestock industry is responsible for up to 14.5 percent of GHG emissions from human activities.

Beef and dairy cattle are the animal species responsible for the most emissions, representing about 65 percent of the livestock sector’s emissions.-Bernama