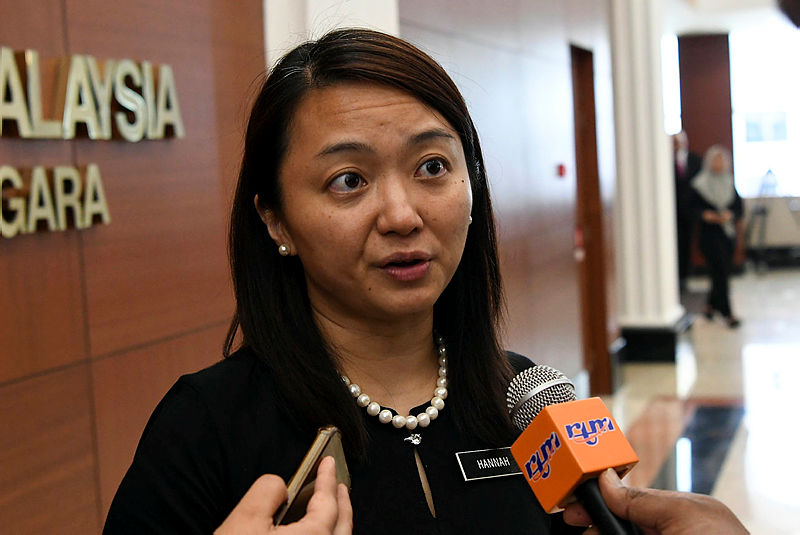 KUALA LUMPUR: Cheating on their spouses and in-laws getting involved in marriages are among the main reasons behind divorce cases involving young couples, the Dewan Rakyat was told.

While not providing any specific figures, Women, Family and Community Development Deputy Minister Hannah Yeoh (pix) said the highest number of divorce cases in the country involved those aged between 30 and 34.

“As for the reasons behind their divorces, for women, more than one third of them said it was due to a lack of understanding, followed by cheating husbands and husbands not being responsible in their marriages.

“For the men, more than half claimed their divorces were due to a lack of understanding. This is followed by the wife’s in-laws involvement in the marriage and cheating wives,” she said, here, today.

According to Hannah, in 2017 alone, there were a total of 49,965 divorce cases recorded in the country, involving all age groups.

She added that based on the Marriage Tribunal statistics between 2013 and May 31 this year, the number of divorce applications showed that most couples, regardless of their age, had financial problems, which accounted for 17,359 cases.

Hannah was responding to Datuk Jalaluddin Aliah (BN-Jelebu) if the ministry viewed the high number of divorce cases in the country involving young couples as something worrying, and what measures were being taken to address the issue.

She said, among other things, the ministry requires all SmartStart Premarital Programme for couples planning to get married to provide knowledge and skills on the various aspects of marriage and parenting.

Another programme offered by the National Population and Family Development Board (Lembaga Penduduk dan Pembangunan Keluarga Negara, or LPPKN) is the SmartStart Second Honeymoon, that aims to enhance marriage for couples who have been married over five years.