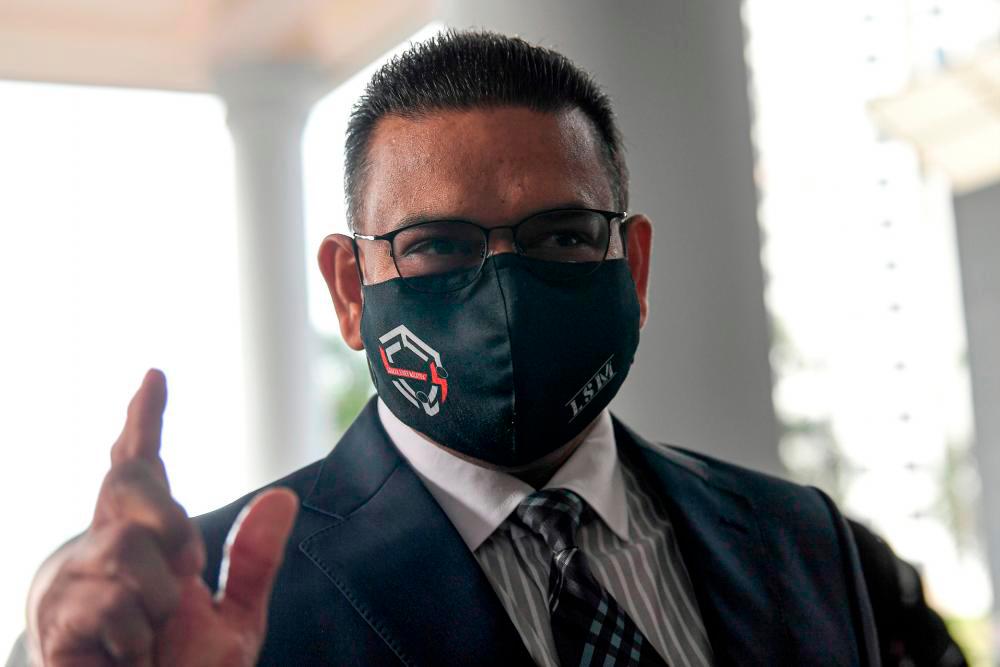 Based on the statement of claim, Mohd Na’im, who is also the director-general of the Department of Syariah Judiciary Malaysia, filed the suit in his personal capacity, claiming that the defendant had defamed him by making statements through two live posts on the Facebook page ‘Lokman Noor Adam Official’ on Jan 10 and Jan 13.

The plaintiff claimed that the defendant also uploaded the live broadcast on his Youtube page on Jan 10, and Jan 14 respectively, besides uploading three defamatory posts against him on Facebook on Jan 11 and Jan 13.

The plaintiff further claimed that the defamatory statements implied that he was a spiritual opportunist, had failed to be a credible leader or set a good example for the community, and tarnished the good image of the Syariah Judiciary Department.

Mohd Na’im claimed that the live broadcast and other posts had been spread to third parties, as the defendant’s Facebook and Youtube could be viewed and commented on by the general public.

“The defendant published the statement with the intent that it would be published domestically and internationally through the electronic media as well as print media,“ the plaintiff claimed in the lawsuit.

According to the plaintiff, a police report was lodged on Dec 12 last year to deny the ‘Datin’s’ allegations against him, and he had also lodged a police report against Lokman over his actions.

The plaintiff said a notice of claim dated Jan 13 was issued against the defendant to withdraw the defamatory statements and delete the posts on Facebook, besides making a public apology within 24 hours, but as of today, the defendant had ignored the police report and notice.

He claimed that the defamatory statements had tarnished his reputation, dignity, image and status in the eyes of the public.

The plaintiff is also seeking general damages to be assessed by the court, apart from exemplary, aggravated and punitive damages amounting to RM10 million each, with five per cent interest per annum calculated from the date of judgment until full settlement, as well as other relief deemed fit by the court.

The injunction application is scheduled to be heard tomorrow before High Court Judge Datuk Rozana Ali Yusoff, while case management has been set for Feb 21. - Bernama