Chronology of rhino conservation in Sabah 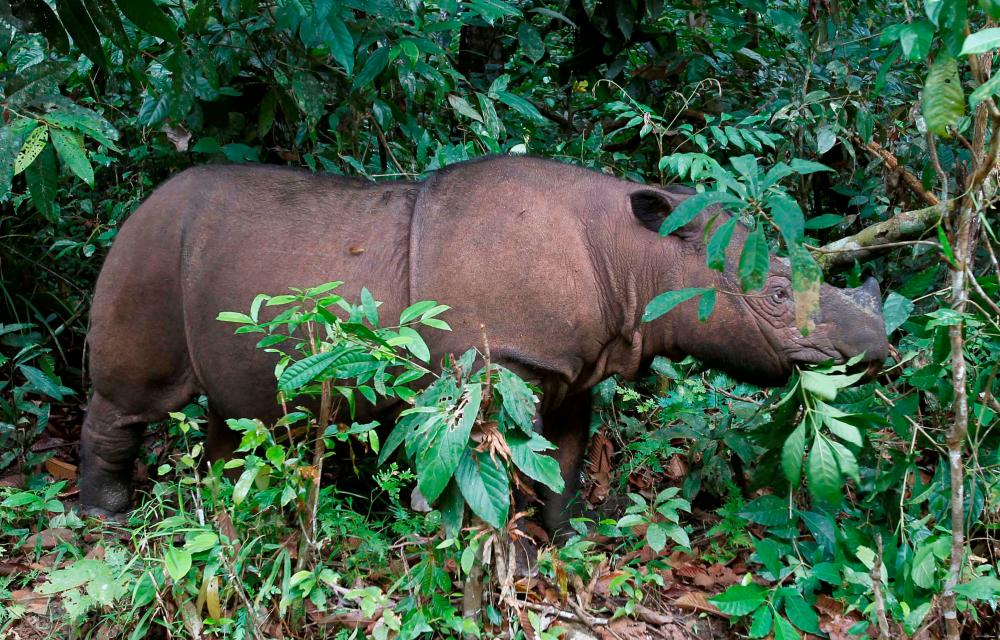 Efforts to ensure the survival of the species in Sabah began in the 1980s with several rhinos captured for the purpose of breeding.

In 2015, the Sumatran rhino species was declared extinct in the wild following the death of a female rhino known as Gelogob in 2014.

There were only three rhinos in captivity left at that time.

The following is a chronology of Sumatran rhinos (Dicerorhinus sumatrensis) or in captivity reported in Sabah:

1987 - Linbar, male, was captured in Lower Segama, but died of internal injuries that same year.

1988 - Lokan, male, was captured, but eventually died in a pit trap that same year.

1989 - Lun Parai, female, was captured and successfully mated, but no pregnancy occured. She died in Sepilok in 2000.

1993 - Bulud, male, was captured and retained at the Tabin Wildlife Reserve in Lahad Datu but escaped not long after. However, he was sighted once in 1995 not far from Tabin.

1994 - Gelogob, female, was the longest female rhino in captivity. Efforts to get her pregnant began in 1995 but failed. She died at the Lok Kawi Wildlife Park in 2014.

2008 - Kertam or affectionately known as Tam, was captured at an oil palm estate in Kertam, where he earned his name. However, he died in May this year due to kidney failure. Samples of his sperm and other cells were taken for cryopreservation.

2011 - Puntong, female, was captured and housed in Tabin, but was cancer-stricken that she had to be euthanised in 2017.

2014 - Iman, female, was captured in Danum Valley. Since her capture, no tracks of Sumatran rhinos’ existence were ever found in the wild.

Due to the critical situation in reviving the numbers of the rhino species in Sabah, in early August this year, State Deputy Chief Minister Datuk Christina Liew, who is also Sabah Tourism, Culture and Environment Minister, said the state government reached an agreement with the Indonesian government in Jakarta to sign a memorandum of understanding sometime this year on the conservation of the Sumatran rhino.

On Oct 15, after an effort to fertilise Iman’s ovum with sperm harvested from Tam failed, Liew said Sabah was hopeful that Indonesia would help with providing new rhino sperm and would continue requesting for support from Indonesia to save the species from extinction.

On Nov 20, following the deterioration of Iman’s health, Liew said the state government would speed up the legal process with Indonesia to conduct fertilisation efforts involving Iman’s ovums and a Sumatran rhino sperm donor in Indonesia. — Bernama

2.49 plans drawn up to look after senior citizens in Kelantan

3.Price hike of goods in Melaka due to middlemen — Melaka exco

4.First 100 days a catalyst for govt to provide best service