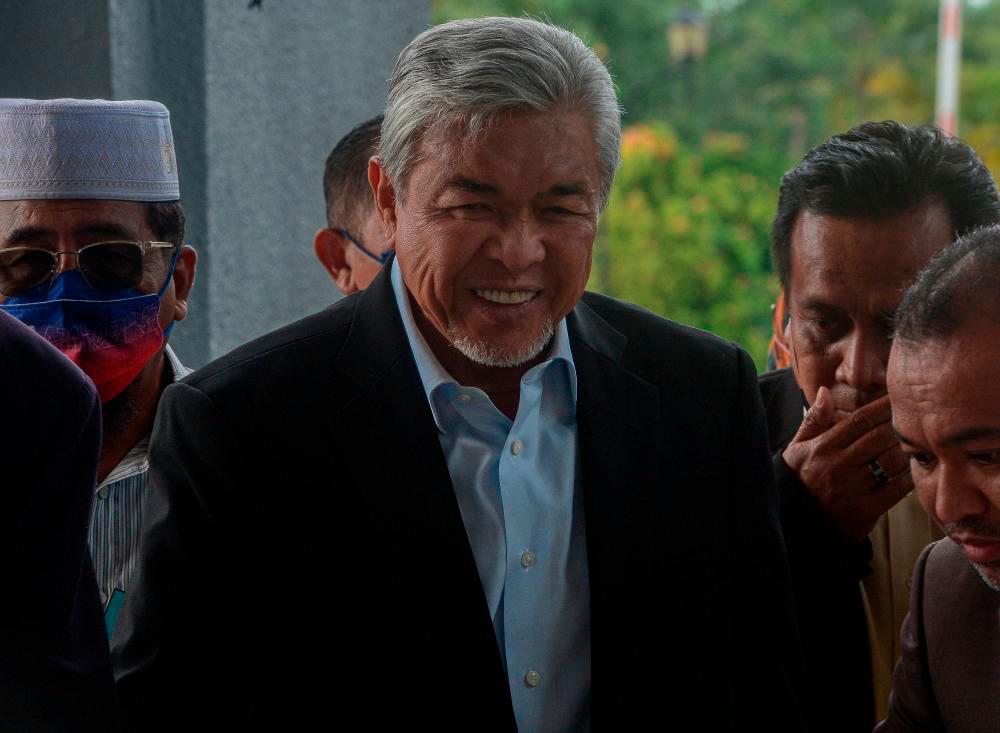 Judge Datuk Mohd Yazid Mustafa acquitted Ahmad Zahid, 69, who is also Umno president, after finding that the prosecution had failed to establish a prima facie at the end of the prosecution case against him.

Following is the chronology of the case:

June 26, 2019 - Ahmad Zahid was charged in the Kuala Lumpur Sessions Court with seven charges of receiving bribe from Ultra Kirana Sdn Bhd (UKSB) amounting to SG$4.24 million in relation to the system.

June 27, 2019 - Ahmad Zahid was charged in the Shah Alam Sessions Court with 33 counts of receiving bribes from UKSB involving the VLN.

July 31, 2019 - The KL Sessions Court allowed an application by Ahmad Zahid to transfer to the Shah Alam Sessions Court his case on seven counts of corruption in relation to the VLN.

Nov 28, 2019 - Ahmad Zahid’s case was transferred from the Sessions Court to the Shah Alam High Court.

Earlier, the hearing which was set on April 24, 2021 was postponed following the implementation of the Conditional Movement Control Order (CMCO) and was moved to May until June as a result of a change in High Court Judge.

June 23, 2021 - The trial of Ahmad Zahid’s corruption case was further postponed to July 5 following the implementation of MCO 3.0.

Aug 25, 2021 - Court granted the hearing to be vacated after Ahmad Zahid’s counsel, Datuk Ahmad Zaidi Zainal, produced to the court a letter from a hospital stating his client’s condition and injuries.

Oct 11, 2021 - The High Court allowed Ahmad Zahid’s application for the temporary return of his passport to enable him to go to Germany for back and neck pain treatment.

Sept 1, 2022 - Submissions at the end of the prosecution’s case begin.

Sept 7, 2022 - Judge Mohd Yazid set Sept 23, 2022 for the decision after hearing the submissions by both parties for four days. - Bernama